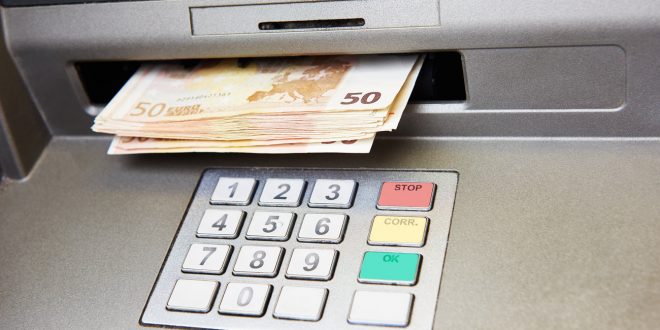 Greece loosens capital controls with spectacular up to €5,000 per month

May 31, 2018 Economy Comments Off on Greece loosens capital controls with spectacular up to €5,000 per month 954 Views

Greece’s Finance Ministry has reportedly already prepared a new legislation that will further loosen capital controls and spectacularly raise the monthly cap of cash withdrawals for natural persons.  The new measure will allow bank account holders to withdraw up to 5,000 euros per month. Since 1. March 2018, the withdrawal cap has been set up to 2,300 euro.

Citing sources from the banking sector, media report that the new legislation may become official even today, Thursday, and the new measure will be implemented as of 4. June 2018.

The new monthly amount to be withdrawn will apply to natural persons and per bank account. The same amount of 5,000 euros will be allowed to be transferred abroad.

In a statement issued Thursday noon, the Foreign Ministry outlines the changes for naturla persons as:

For business transactions outside Greece,the Finance Ministry doubles the amount can be executed directly through the banks without the precondition of transaction ‘history’. The amount is raised from 20,000 euros to 40,000 per client per day.

KTG understand that the changes will go into effect as soon as they are published in the Official Gazette.

The statement doe snot make any reference to earlier media speculations that there would be  full liberalization of revenues coming from abroad.

The government considers the further easing of capital restrictions as necessary to strengthen the very positive climate that has emerged after the Greek banks successfully passed the stress tests and also in the view of the conclusion for the fourth review of the Greek fiscal adjustment program and the exit from it in August.

The new measures have been reportedly approved by the country’s creditors – of course.

Capital controls were imposed end of June 2015, after a 5-month negotiations battle between the government and European creditors who blackmailed Greece via the European Central Bank and shortage of liquidity.

Until 1st March 2018, the daily withdrawal had remained at 60 euros per day.

PS Now that Greeks are allowed to withdraw more money, they find out they no longer have this money on their accounts for 1000+1 austerity reasons.