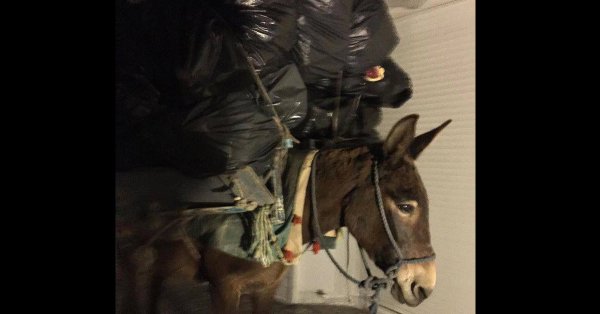 A video posted on social media has triggered a storm of outrage about the cruelty donkeys and mules on the island of Santorini have been exposed to. The video shows a donkey overloaded with black garbage bags. 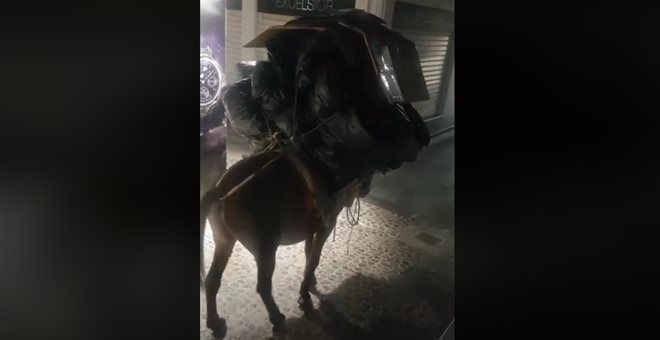 The load is so heavy that the poor animal can hardly walk, it proceeds slowly, it strides and almost stumbles  while it struggles through the cobbled narrow streets of the island.

“Santorini 2018…this is who we are…poor donkeys…i wonder if those donkeys are the real animals in this island…” Stavros Sopiliadis who filmed and posted the video on May 30, critically commented.

Speaking to state broadcaster ERT on Saturday, Mayor of Santorini, Giorgos Zorzos claimed that the donkey on the video was an “exception” and said that the Municipality has submitted a written and verbal request to the owner on whether the animal was overloaded or not capable to carry the garbage in the specific area, whether it was over-aged or just not capable.” It was easy for identify the owner, or better say, the company, that had won the tender for the trasnfer of garbage with donkeys in the specific area. The mayor did not spoke about the company’s reply.

A local media has also posted pictures of overloaded donkeys on Santorini and called for a end  this cruel practice.

Overloaded, exhausted, exposed to abuse and cruelty, donkeys and mules are no rare picture on the island with locals using them not only for the garbage collection but also for the transport of  all kind of  items for private households and businesses, including heavy construction material, white appliances, and whatever somebody needs in areas where access with vehicles is difficult. 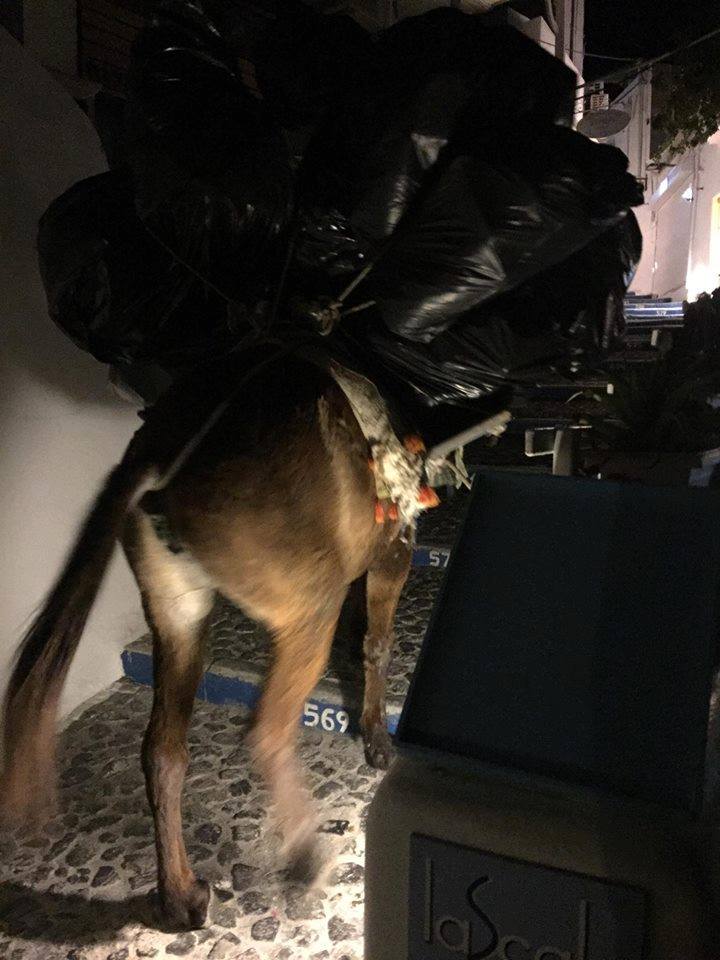 “The two-legged was too lazy to make the same route twice so it overloaded the four-legged,” TopMelodyFM posted on Facebook on May 6. 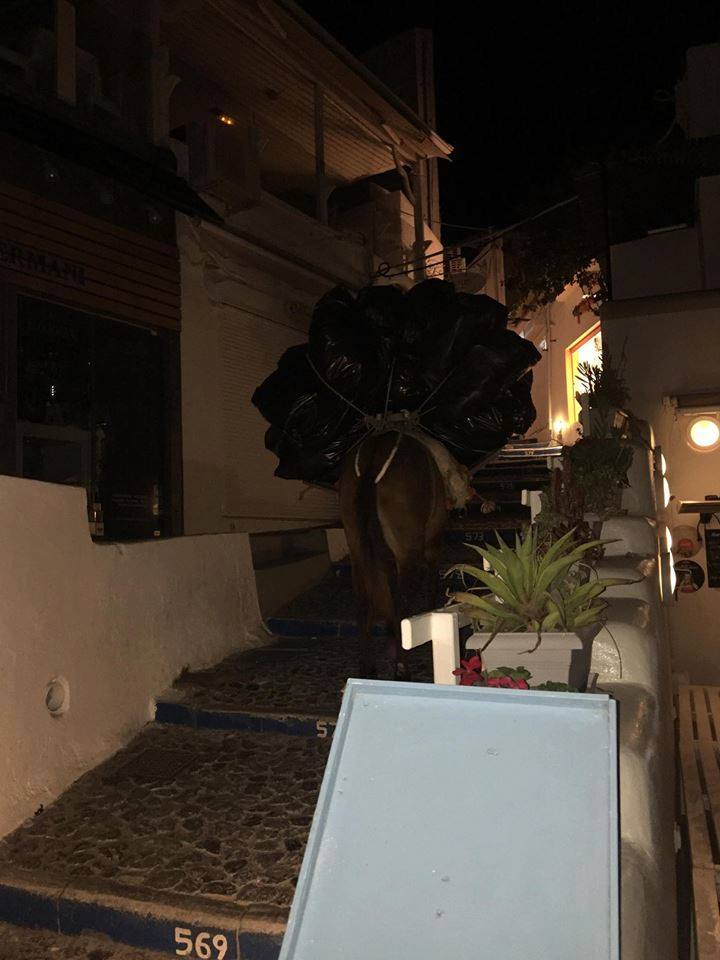 Worth mentioning is also that donkeys and mules are being (mis)used for the “Greek experience” and carry thousands of tourists each and every year from the port Skala up to Fira under soaring temperatures and independently of the human weight. 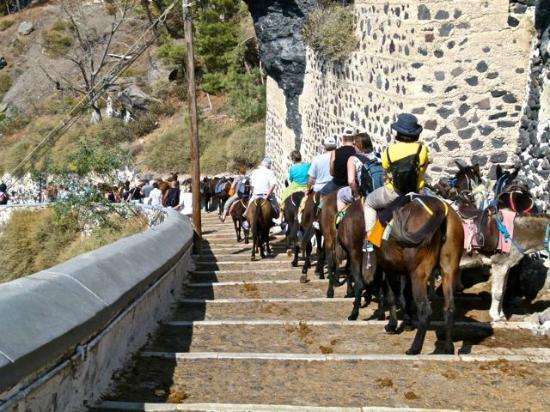 Beginning of May, UK’s Daily Mail reported about the plight of the donkeys on Santorini and wrote among others:

“>”Every day, the donkeys of Santorini will make four or five return journeys up 520 wide, cobbled steps on the switchback path that leads to the town of Fira and its iconic whitewashed buildings and blue-domed roofs. The practice has been going on for decades.

The plight of the donkeys that are marched from fields at dawn for their gruelling shifts in temperatures that are regularly more than 86F (30C) has been labelled barbaric and ‘Santorini’s grubby little secret’.

But this no secret at all. The video and the pictures just confirm what everybody knows and the majority of locals and also tourists also exercise for years, if not decades.

Animal welfare workers were visiting the Greek island this week to plead for better conditions for the animals and to educate owners about the health dangers to animals that are forced to climb a combined distance of 60 miles during a season, treading over a quarter of a million of the cobbled steps which feature in holiday and cruise line excursion brochures.

“The Donkey Sanctuary paid for cloth screens to create shade for the donkeys at the top of the walk but they have been poorly maintained and have become detached,” Daily Mail noted.

Many animal rights activists call for the complete ban of this practice, not only on Santorini but also on other Greek islands like on Rhodes or Crete, where a carriage horse collapsed in the port of Chania while waiting for tourists.

So far the interest of Greek state on the issue has been whether donkeys pay taxes or not.

However, the crucial question remains: What will happen to all these animals, when owner can no longer make profit out of them?

Is, therefore, the improvement of the working conditions including “a weight criteria” the solution for these animals and for the families that make a living with them?

There are to older petitions on the issue both asking STOP the Animal Cruelty on Santorini. One petition is here, and the other one here.

As both petitions were started several months ago, I would very much like to know what happened to them. Were they forwarded to the mayor or just were they abandoned?