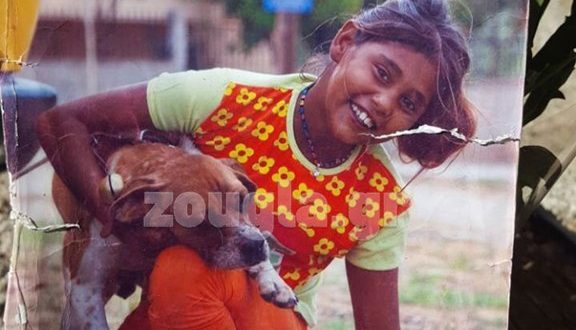 A local businessman shot and killed a 13-year-old girl in the Roma settlement by the town of Amfissa, Central Greece, short after 8 o’ clock on Monday evening. The 34-year-old perpetrator is at large still Tuesday noon. Tension in the area is high as locals fear of revenge and members of the Roma community have already set the perpetrator’s car on fire and damaged his shop.

According to media reports, the shooter is a local man, a butcher, living in the village Viniani near the Roma settlement, while his shop is in the town of Amfissa.

“As every time, the butcher passed the settlement driving at a high speed. A group of Roma stopped him in order to admonish him.  The dispute soon led to an exchange of insults and physical violence The butcher finally left for his village and returned a few moment later armed with a gun. From a spot higher than the settlement he shot and killed the 13-year-old girl and injured another resident,” notes news website zougla.gr that sent a reporter to the area.

According to neaselida.gr, the 35-year-old man injured in the leg is the girl’s father. 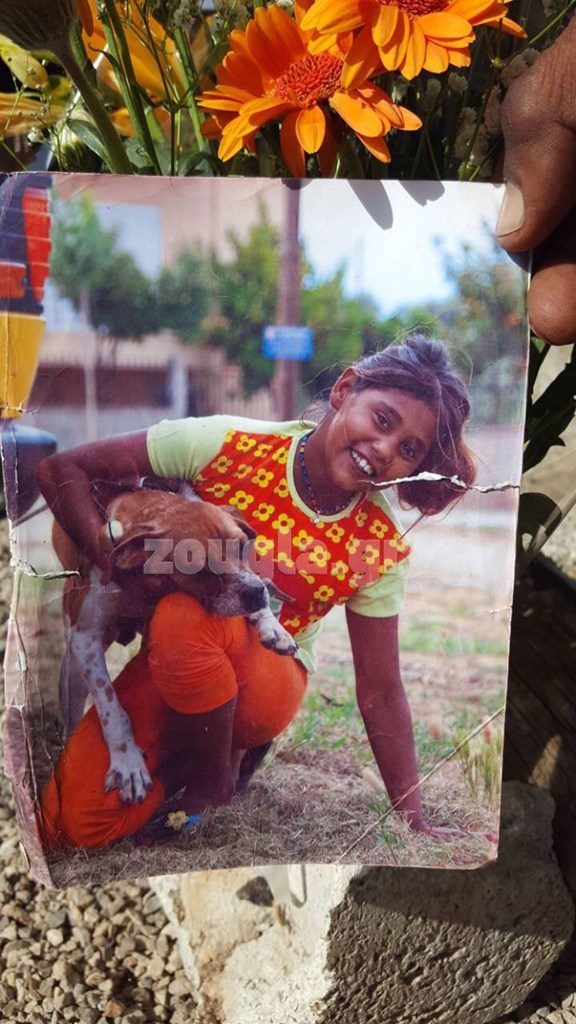 The girl died immediately with a bullet in her head.

The shooter left the area with his car which he abandoned a few kilometers away and most possibly went to hide in the mountains which “he knows like his hand.”

With the Roma community in shock, groups were quickly organized and left to find the perpetrator. 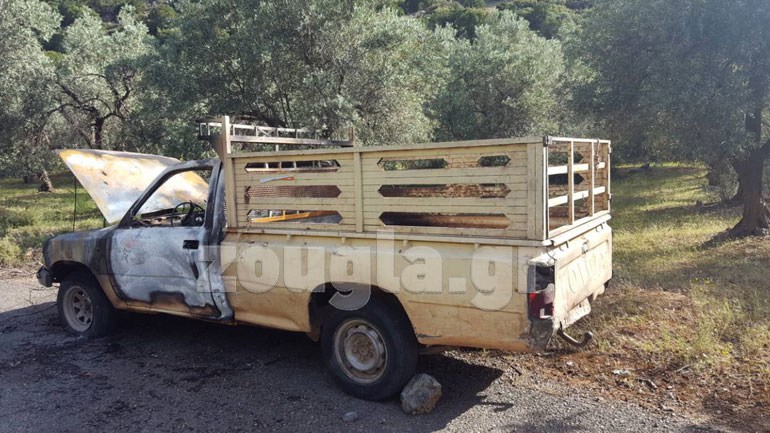 They discovered his car abandoned about 1.5 km away from the settlement and set it on fire. 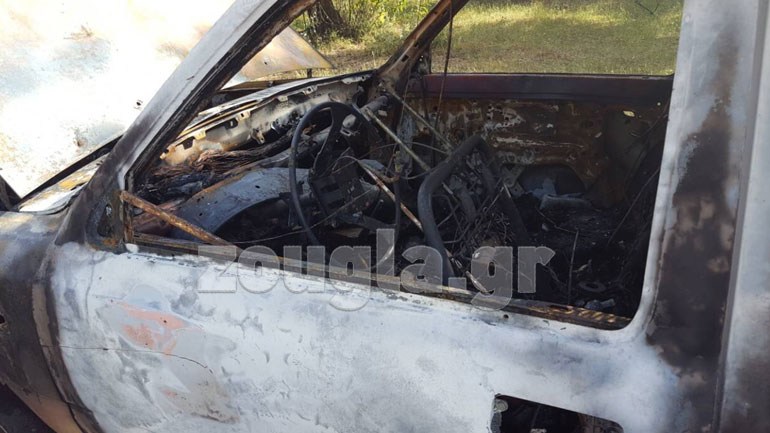 Then they moved to the village and smashed his shop. 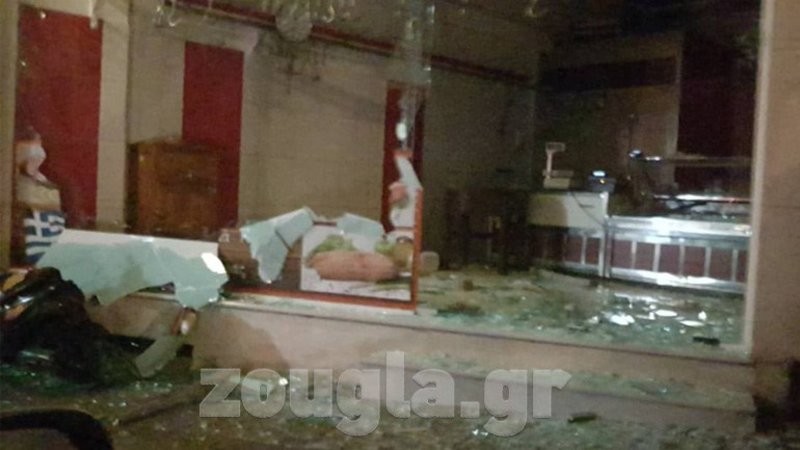 They blocked access to the camp thus making the police work harder. 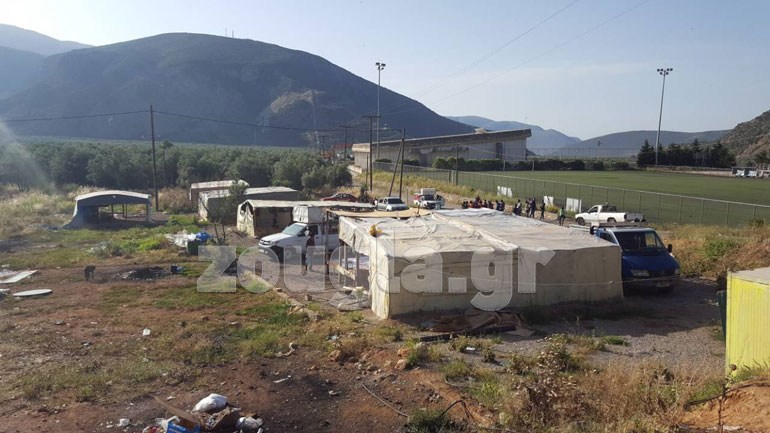 Authorities did not intervene immediately after the murder, it was just Tuesday morning that a small group of Amfissa security team arrived at the crime scene however, the community initially did not allow access. 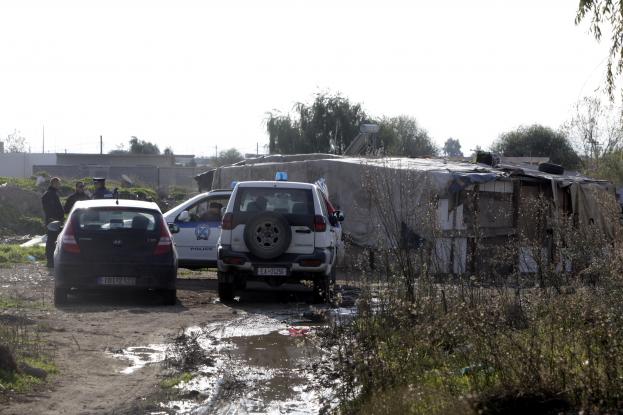 The Roma community is mourning and does not allow anyone to get close to the settlement – except some photreporters. 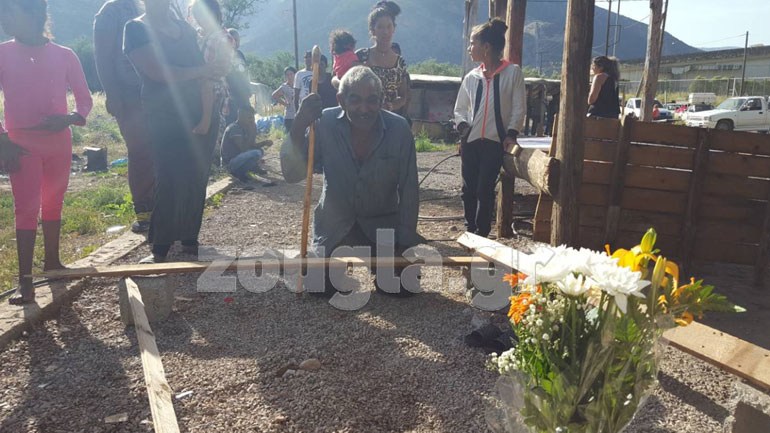 Flowers left at the spot where the girl died. Grandfather is mourning.

There is also about another version of the incident, according to which the butcher suspected the girl’s father as responsible for a theft in his home or shop and he went to the settlement to “settle” the issue. “He left his hunting rifle in the car and entered the settlement. There was a dispute with the community and he was beaten. He went to his car and returned armed with the rifle and the situation went out of control,” reports news website newsit.gr.

Some other media claim that the perpetrator was firing in the air.

The girl and the injured man were taken to a hospital, where doctors could only confirm her death. The man received treatment and released from the hospital.

According to zougla.gr, authorities but also locals suggest that the perpetrator does not intend to surrender fearing immediate reprisals.

The relationship between the butcher and the small Roma community has been tense for quite some time due to his habit to increase speed while passing by the settlement, where a lots of children play around.

It looks as if there have been a kind of vendetta between the Roma community and the broader family of the perpetrator.

According to latest reports, after the murder the perpetrator’s family and relatives left their homes and sought refuge in homes of friends. They fear of reprisals especially after the damages at the shop of the shooter’s brother.

The police, aware of the seriousness of the situation and the risk of a wider explosion in the area because of this feud, acts with discretion, while its first priority is to capture the perpetrator, media report.

In a statement issued by the police of Amfissa-Delphoi said it is seeking to capture the perpetrator and has ordered an autopsy to the girl’s body.

While police has launched a manhunt, strong police forces have been deployed to Amfissa from  other regions in order to keep law and order, as the atmosphere is very explosive.

Deputy Labor Minister, Theano Fotiou, described the murder as “tragedy” and said that this and another Roma settlement were to be relocated soon in an area made available by the Ampfissa municipality. “The Roma community has already agreed with the relocation plans in order to escape the miserable living conditions they have been living in,” Fotiou said.

The mayor of Delphi told state broadcaster ERT at Tuesday noon he could not say what exactly had happened.

The truth will shine once police has captured the shooter.