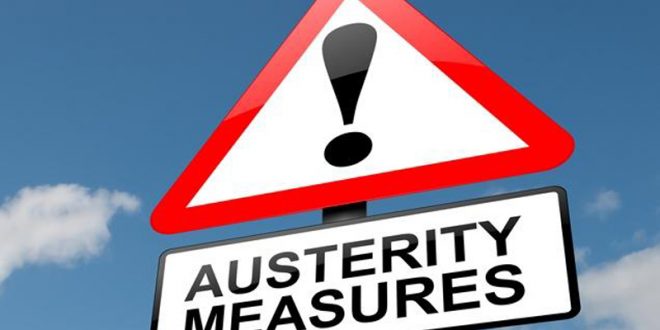 Greece submitted a draft bill to parliament late on Friday, a bill fully packed with austerity measures worth 5.1 billion euros and counter-measures worth 1.5 billion, in an effort to sweeten the bitter pill to thousands of pensioners and employees.

The bill outlines reforms in the energy, pension and labor sectors as the government races to secure the last loans from its international bailout program, conclude the last program review and head to a so-called “clean exit” in August.

At the same time, the bill includes measures to expedite privatizations in the energy sector, the reduction of state spending on pensions and labor market reforms including arbitration when there is a dispute between employers and staff.

Lawmakers are expected to vote on the bill on upcoming Thursday, before the Eurogroup of June 21.

Athens is keen to pass a final review by its creditors ahead of a Eurogroup meeting on June 21, where it is also hoping for progress on a deal on further debt relief to be implemented after the current bailout program expires in August.

If it gets the green light from the review and Eurogroup, it will receive about 12 billion euros ($14 billion) of new loans.

The government also submitted to parliament its fiscal plan for 2019-2022, projecting higher than targeted primary surpluses on an annual basis.

The counter-austerity measures include pledges to:

Greece’s current loan program, its third since 2010, is worth up to 86 billion euros. So far, Athens has received 46 billion euros in aid, and the Eurogroup has yet to decide on what it will do with the remaining funds, once it has paid out the final 12 billion of loans.