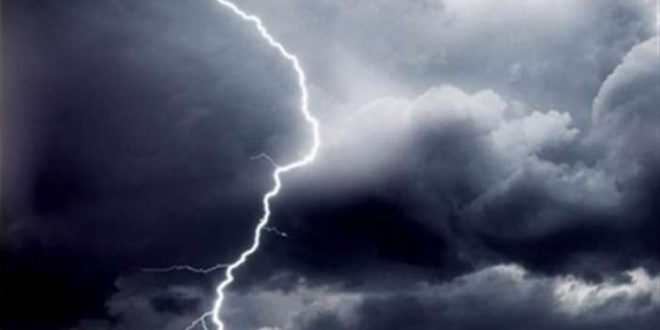 A lightning stroke 14-year-old boy who was training in the stadium of Football Academy in Larissa, Central Greece, on Wednesday afternoon. The teenager was severely injured and passed out.

He was reportedly transferred to a local hospital, where doctors are struggling to keep him alive.

A summer storm hit the area on Wednesday afternoon with heavy rain fall, thunderstorm with hail and very strong wind.

It is the third incident where lighting hit people in Greece since the beginning of the month.

A shepherd in West Macedonia and a motorcyclist on Egnatia highway were killed on June 4th.

A few days earlier, passengers of a intercity bus in North-Eastern Greece managed to evacuate in time after a lightning stroke and set the bus on fire.