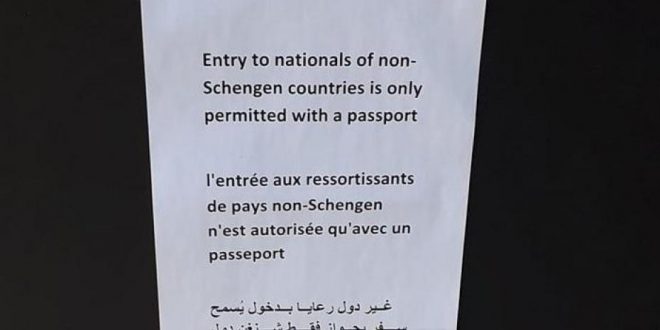 An organized beach on the island of Lesvos has introduced new practices that stun not only  swimmers but also local media. Tsamakia Beach requests from visitors to show their passport at the entrance if they are from countries outside the Schengen zone. With a notice posted at the entrance, visitors are warned that will be not allowed to enter the beach without a passport.

The warning is in English, French and Arabic. 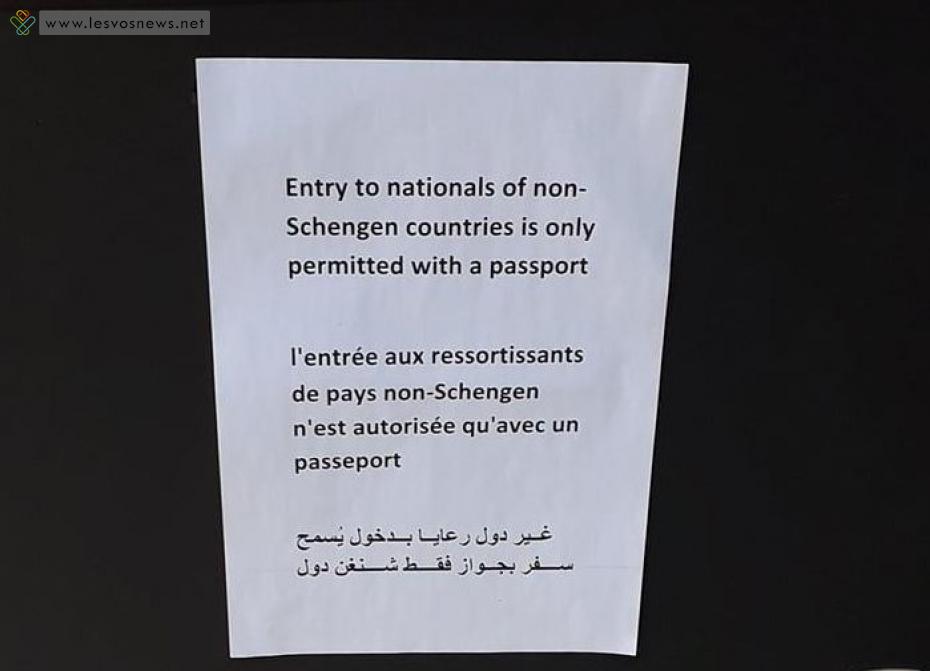 The new kind of “face control” at the beach of Tsamakia is apparently an effort to ban migrants” and asylum seekers from entering the beach and enjoy the facilities against a fee of 2 euros, notes lesvosnews.net 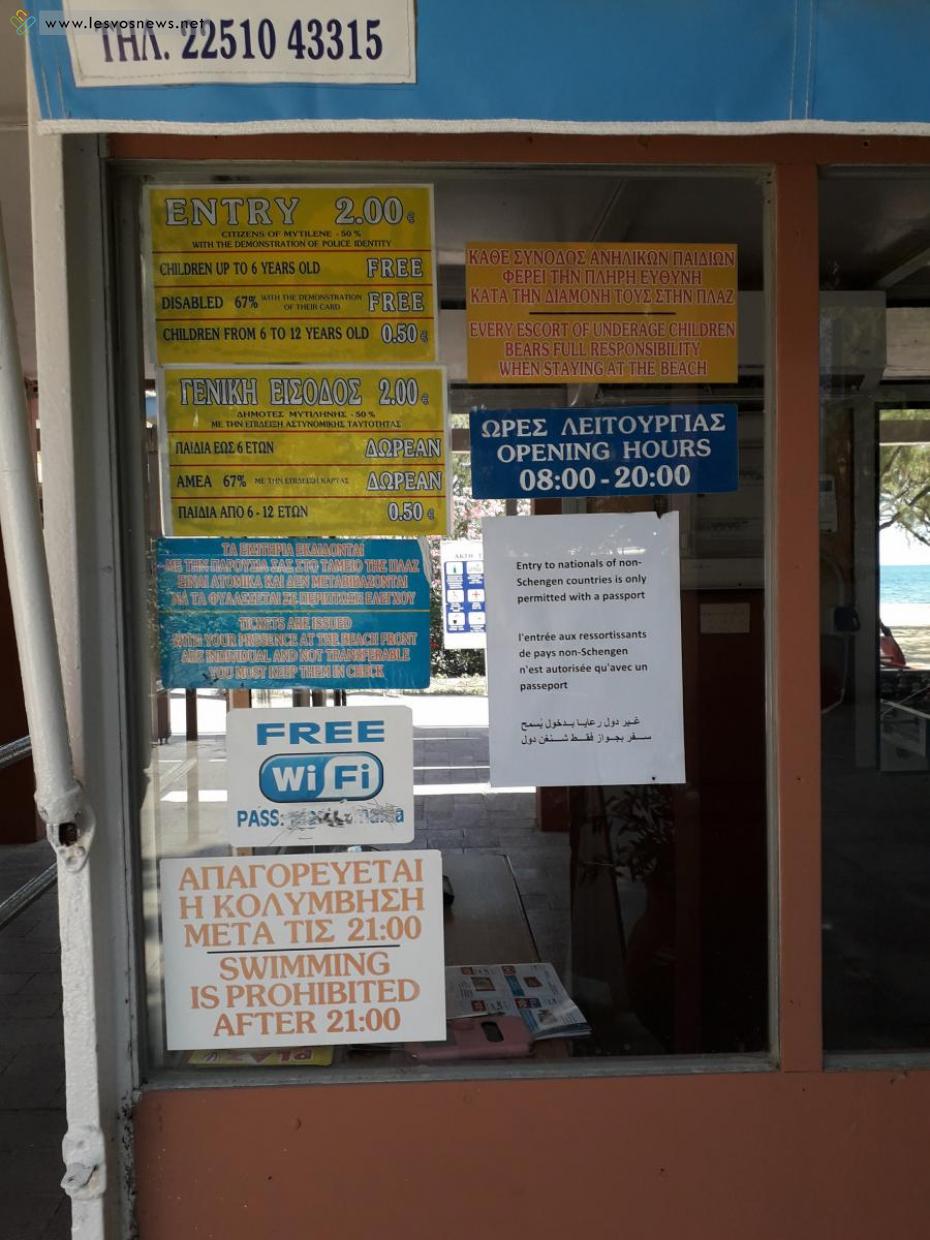 The message is clearly against Arab asylum seekers as I see no translation in Russian or Chinese, for example, with the many tourists from these countries visiting Greece in the last couple of years. 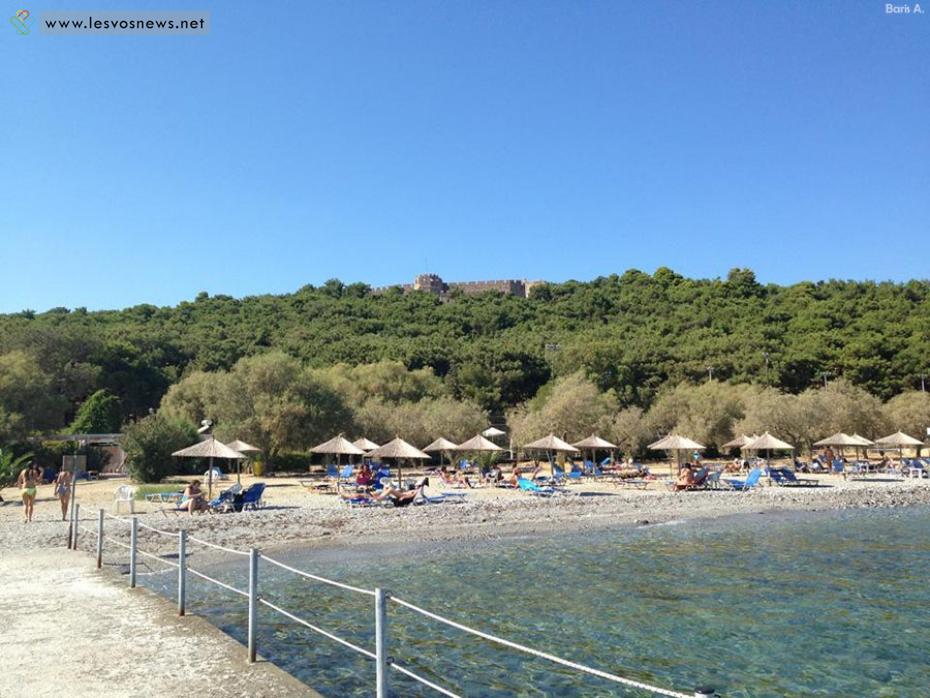 “Is Tsamakia now an ..airport and they ask for a passport?” asks local media politikalesvos, adding “what law is implemented here, who gave the order for such control?”

To tell you the truth I am not so sure they are allowed to do this  and I wonder whether local authorities are aware of this racist “face control.”

I would also love to know if some visitor has been denied access to the beach because he had no passport with him.