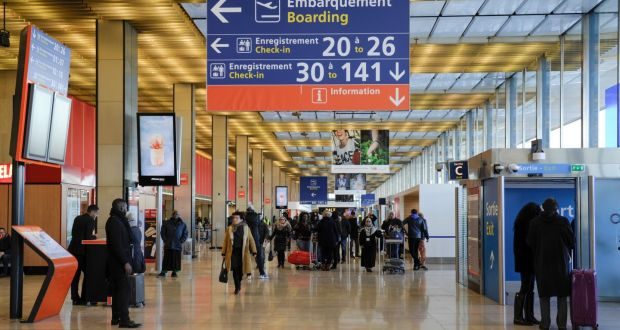 EU may require visas at £52 for UK travelers post Brexit

The European Commission is making plans that could mean British citizens need a visa to enter the EU after Brexit. Some UK media write that the cost for a visa would be at £52.

According to a document presented to MEPs  and seen by politicoeurope:

The proposal is among a list of amendments to laws and regulations in a document entitled “Pending and planned legislative proposals for the purposes of Brexit preparedness” that was presented by the Commission’s powerful Secretary-General, Martin Selmayr, to MEPs on the Parliament’s Brexit Steering Group in Strasbourg on Tuesday of last week.

Whether it comes into force, or an alternative that would exempt U.K. citizens from visa requirements, will depend on the outcome of the Brexit negotiations. But Selmayr told MEPs that the legislative changes, in eight different policy areas, are needed for the EU27 to avoid disruption in the aftermath of the U.K. leaving the bloc. That could happen suddenly in March 2019 in a chaotic no-deal scenario or in January 2021 after the transition period that has been already been agreed in principle by negotiators.

On visas, the text proposes a change to a Commission regulation on the EU’s visa policy for third countries to “place the U.K. on either the visa required list of third countries or the ‘visa free’ list.” An EU regulation is a binding legislative act that must be applied in its entirety across the EU.

Until the withdrawal date and during the transition phase, the current immigration arrangements for British nationals will continue, meaning that they will not need a visa to enter another EU country and can continue to travel freely within the EU using their passport. But after the transition, the situation of U.K. nationals traveling to Europe is still unclear, politicoeurope notes.

Many British expats in Greece are concerned about their future in the host country and the difficulties they may face after Brexit.

Diplomatic sources have recently told KTG that the issue could also be solved with bilateral agreements between UK and EU member states. Sources urged “be patient!”

Prime MInister, Alexis Tsipras, is on official visit to UK on Monday and Tuesday, June 25-26, 2018. On the second day of his visit, he will meet with Prime Minister, Theresa May, and  leader of Labour Party, Jeremy Corbyn.