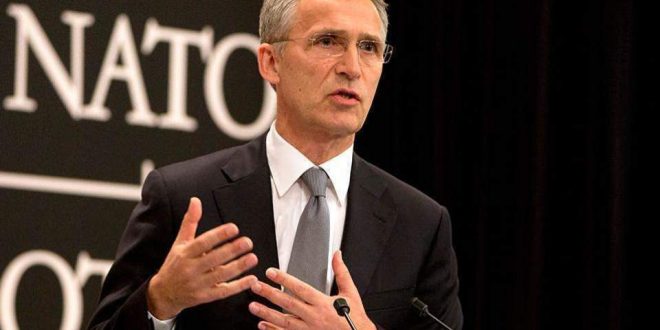 Secretary General Jens Stoltenberg said on Monday, that the NATO will invite the Former Yugoslav Republic of Macedonia (FYROM) to be full member of the North Atlantic Alliance only if it ratifies the Macedonia Agreement with Greece and YES will prevail in the referendum.

Arriving at the European Union Council of Defense and Foreign Ministers in Brussels, Stoltenberg said he is expecting the NATO member states to decide on the start of accession negotiations.

“I expect and hope that leaders of government and states will take such a decision at the NATO Summit in Brussels on 12. July,” he said.

for full membership invitation we need the full ratification of the agreement and a positive outcome of the referendum,” he added.

Describing the Macedonia agreement as “of historic importance” and a “historic opportunity” for FYROM, Stoltenberg urged the people in FYROM to support the agreement. “It is a unique opportunity we need to take advantage of.”

Although the Parliament in FYROM has approved the Macedonia agreement, the nationalist President has been refusing to sign it and therefore to full ratify it.