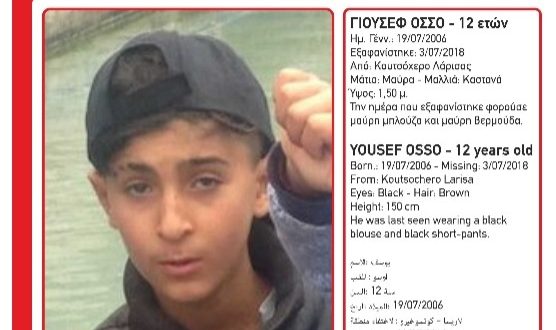 AMBER ALERT: A 12-year-old boy has been missing since Tuesday, 3. July 2018. The boy was living with his family in Koytsochero migrants reception center in Larissa, Central Greece. Yousef Osso has black eyes and brown hair, is 150cm tall.

At the time he went missing he was wearing a black blouse and black bermuda pants. 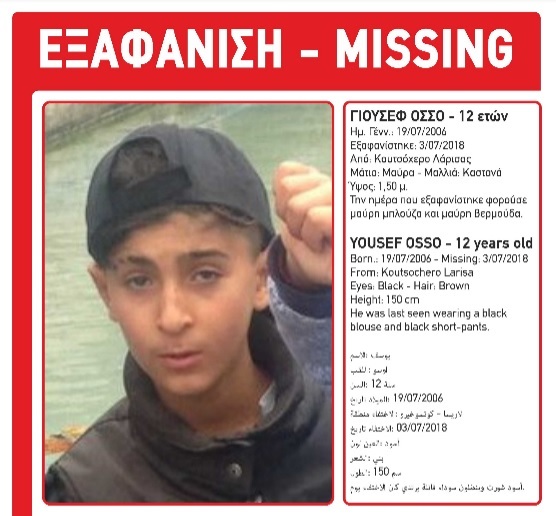 If you have any information about missing boy, Yousef, please, call Chidlren’s Charity To Xamogelo at phone number <116000> or the Greek Police at <100>. Both lines are 24/7.

The boy left the the center together with two friends for the nearby river on Tuesday afternoon. Greek TV stations reported that the boy told his friends he would stay a little longer.  He never returned to the camp.

On Tuesday night, his mother informed the center authorities about the missing of her child.

The Fire Service and the Rescue Service EMAK together with police have been conducting search in the area as well as along the river, but there is no sign of the boy by Thursday afternoon.