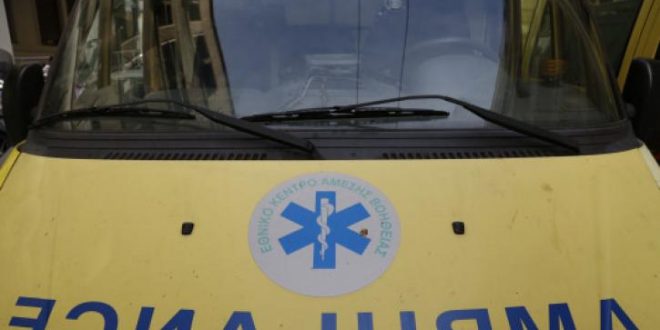 A 16-year-old Syrian asylum seeker is hospitalized in the hospital of Mytiline with injuries in the head and the feet. The teenager was shot by a local farmer of the Moria village around 6 o’ clock  Tuesday afternoon.

The incident took place in a land plot north of the Moria reception and identification center (hotspot.)

The farmer’s motive for the shooting is not known so far, however the incident took place in front of the victim’s parents and an under-aged brother.

The Syrian family reportedly arrived on the island of Lesvos two days ago, in the morning of July 8th.

The farmer run away but was apprehended by police later in the evening.

The 78-year-old man is reportedly  a former convict who was sentenced and served his sentence for the murder of his wife. According to media information, he lives in a house inside the land plot and he has tried to use his weapon also in the past to scare migrants and refugees away from his property.

The family from Syria had temporarily left the Moria camp on Monday night seeking refuge in the land plot after a brawl broke out between Arab and Afghan groups of asylum seekers leaving 12 people injured. The family was waiting for things to calm down in order to return to the camp.

The perpetrator told police that he was afraid they were going to rob him.

Citing hospital sources, media report that the the teenager has escaped a life threatening condition.