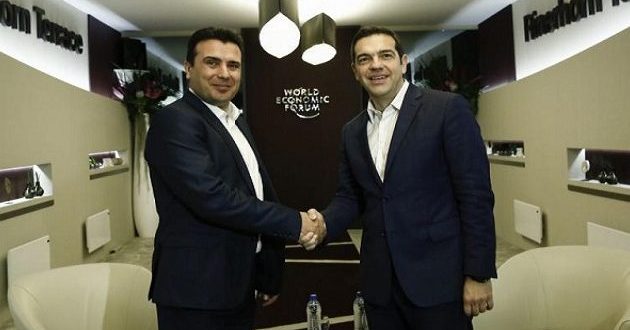 Things do not look good for FYROM Prime Minister, Zoran Zaev, and his planned referendum on North Macedonia. Majority of his people reject the name change. A local news site conducted a poll about the name change agreement with Greece.The site reports that most ethnic Macedonians are against the proposition, while most ethnic Albanians support it.

The Macedonian news site MKD  writes: “Completely coincidentally, we know the outcome of the referendum question that the Prime Minister Zoran Zaev asked yesterday: are you in support of an EU and NATO memberships by accepting the name change agreement between the Republic of Macedonia and the Republic of Greece?

A poll by MKD.mk last Sunday made by the agency Market Vision showed the positions on the question: “are you in support of an EU and NATO memberships through a name change” to which 52.1% answered negatively, and 47% answered positively.”

The study reveals that 27,5% of the participants would support a boycott of the referendum, while 47,8% would participate. The other 24% couldn’t decide. Again, there is a difference in the answers of Macedonians and Albanians. 41,9% of the former would participate, compared to 61% of the latter.

Ethnic Macedonians make up 66% of Macedonia’s population, followed by 25% of ethnic Albanians via euscoop