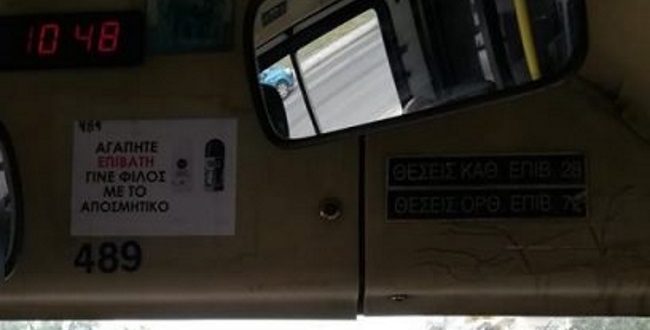 High temperatures, fully packed buses at peak hours and the divorce some people have taken with personal hygiene and deodorants often create an unbearable situation. An epic driver in Thessaloniki found a way to get rid of the bad summer odors in they fully packed buses.

As the driver could not address every bus passenger personally, he wrote a note and posted on a place everyone could see. 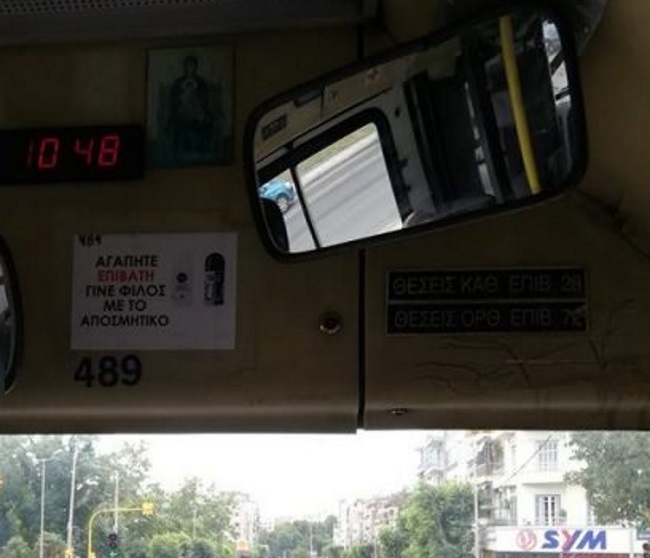 “Dear Commuter, Be Friend with Deodorant” he wrote in a big piece of paper that included pictures of two deo bottles.

The pictures posted on social media have gone viral on Greek internet. 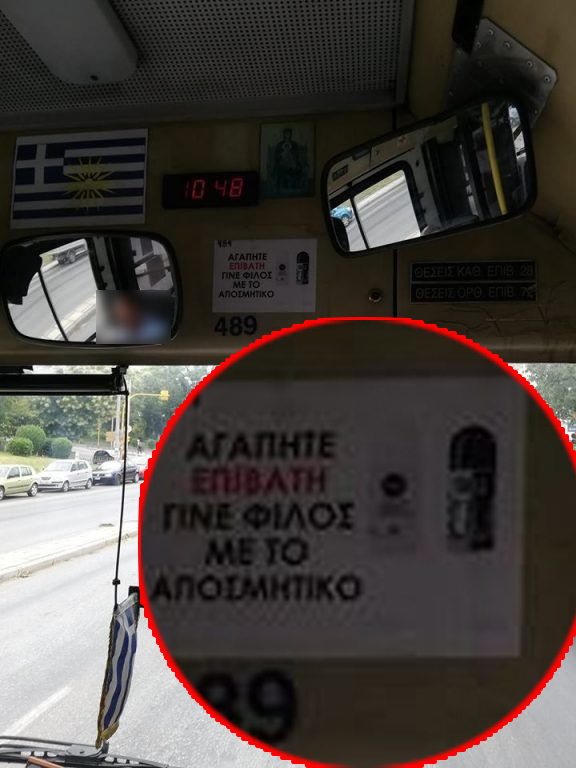 It is sure that every commuter will read the message now that access to the public buses is possible only through the front door.

In another country, in Austria, the distribution of deodorants in the tube line U6 of capital Vienna has triggered a shitstorm on social media. The action was met with mockery and indignation.

“The smell of sweat is not the fault of the people, but the lack of air conditioning in the subway,” one wrote. Many internet users heavily criticized the “unnecessary costs” of the action.

“The action was not intended as an insult to the passengers,” said member of local City Hall, Ulli Sima who actively participated in the action to distribute 14,000 deodorants among the commutes last Monday.

The consumption of “sharp smelling food” like Kebab, Pizza, Sausage sandwiches & Co will be forbidden in U6 as of autumn. Now a group on Facebook prepares for a protest party with Kebab, Sausages and other snacks that commuters would not be allowed to consume while traveling with the specific line. Even at risk to collapse of hunger.

PS the unpleasant summer odors problem in the Greek public transport buses is not new. Centuries ago, when I had just graduated school, I remember the horror conditions  we were exposed to when returning from work at noon or early afternoon. Even if one would collapse there was no space to fall on the floor because the buses were so full and commuters would stand so close to each other “like sardines in a tin can.”

I have no idea whether buses have air-conditioning for the simple reason I stopped waiting for hours for the bus and rather use the tram and the metro.