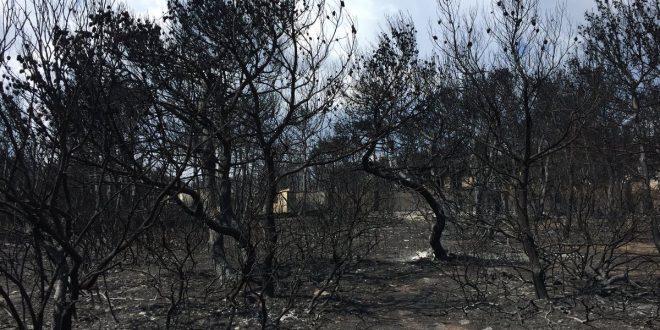 Irishman Brian O’Callaghan-Westropp has been confirmed dead after he was reported missing following wildfires in Greece.

Mr O’Callaghan-Westropp and his wife Zoe Holohan were celebrating their honeymoon when wildfires consumed the coastal town of Mati.

The news was confirmed by Ireland’s Ambassador to Greece Orla O’Hanrahan who said her sympathies went out to Mr O’Callaghan-Westropp’s family at this time.

In a statement from the families this evening, they said: “We are deeply saddened to confirm the death of our family member, Brian O’Callaghan-Westropp.

“The families would respectfully appreciate privacy at this time as we grieve and as Zoe makes her recovery.

“Funeral arrangement will be announced at a later stage.”

The Tanaiste Simon Coveney has described the death of Mr O’Callaghan-Westropp as a “terrible tragedy”.

In a statement, Mr Coveney says he’s “deeply saddened” at confirmation of his death – and says the Irish embassy in Athens will continue to provide whatever help is needed.

The newleywed couple, who live in Dublin, were travelling in a vehicle and became separated as they tried to escape the fires

Ms Holohan was able to flee to a nearby beach and was admitted to hospital on Tuesday night. She is being treated for burns to her head and hands. (irishexaminer)