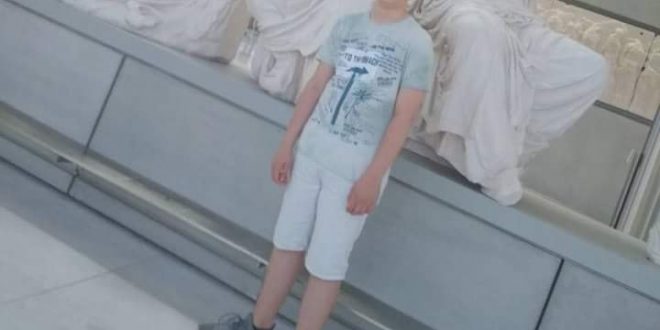 One more child missing in the Athens wildfires has been confirmed dead on Saturday: 13-year-old Dimitris Alexpoulos. With every DNA match the tiny spark of hope dies together with the missing beloved one, the many victims of the fires. Authorities confirmed the death of the 13-year-old boy who went missing on Monday afternoon short after the deadly wildfire swept through the East coast in North-West Athens.

Dimitris Alexopoulos was with his grandmother, his grandfather and his uncle in Kokkino Limanaki in Mati, the beach to where hundreds fled to save themselves from the fires.most hit by the fires. The four had reached the beach on a car.

The boy was missing since then.

Holding a picture of Dimitris, his father appealed on the media seeking information about the whereabouts of the missing son. 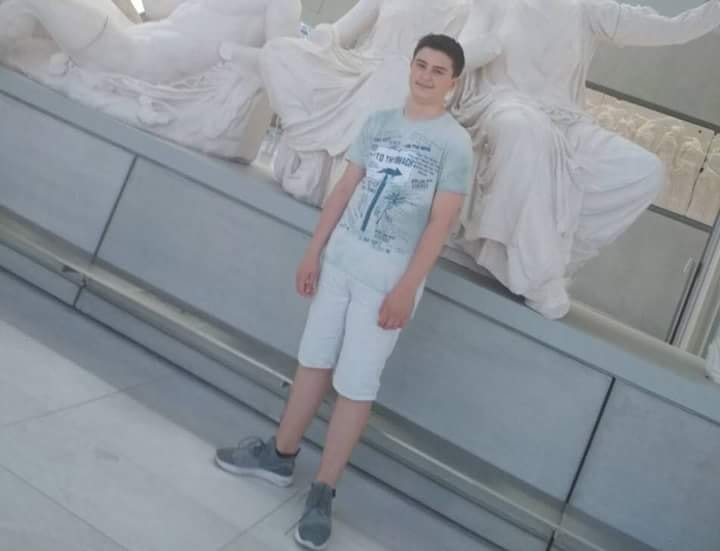 Father Anastasios Alexopoulos was certain he had recognized his son and the grandmother on the pictures shot and posted on Facebook by Nikos Kalogerikos. 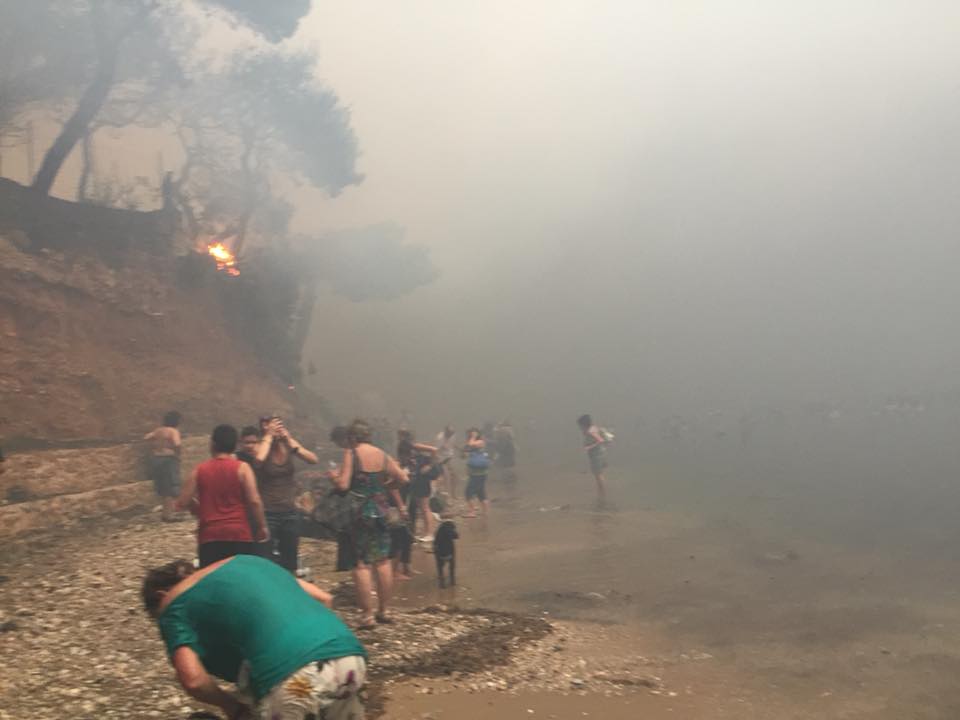 Dimitris was wearing a red t-shirt, the grandmother a green-purple dress, the father told media. None of the four had a mobile with.

“Maybe someone has seen him, on a rescue boat… anywhere.”

The father’s appeal  for information, remained unanswered. Nobody could comfort the desperate family.

Dimitris’ picture was one of the first uploaded on the missing people platform where relatives can upload data and pictures of their beloved missing ones.

On Saturday, the tragic news.

The samples his parents had given to the central morgue in Athens confirmed Dimitris’ death.

Dimitris is one of the many children who were killed in the wildfires on 23. July 2018.

9-year-old twins Vassiliki and Sophia were confirmed dead on Friday.

Also an 11-year-old boy whose 13-year-old sister jumped from a cliff into the sea and died as they were trying to flee the flames.

Two more sisters who died together with their mother and I saw their pictures on the missing people platform from the very first day.

A 6-month-old baby is the youngest victim. The boy’s father a firefighter was combating the flames.

By Saturday, the death toll has officially 88. The number of missing is still unknown.

Search for missing continues on land and in the sea.

So far there are no official lists of the dead or of the missing. Many victims were burned to the point that relatives and friends could not recognized them in the morgue. Many victims had also no papers with them or they had left their homes seeking a way out on the streets or in the sea.