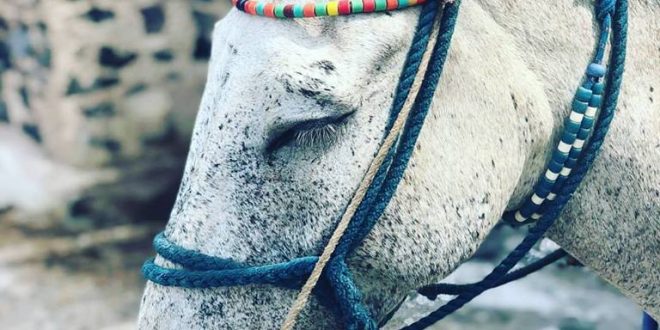 After the shocking videos of donkeys abuse and the ugly incident where muleteers attacked animal rights activists, authorities on the island of Santorini finally decided to take measures for the protection of the troubled  and abused in many ways animals. 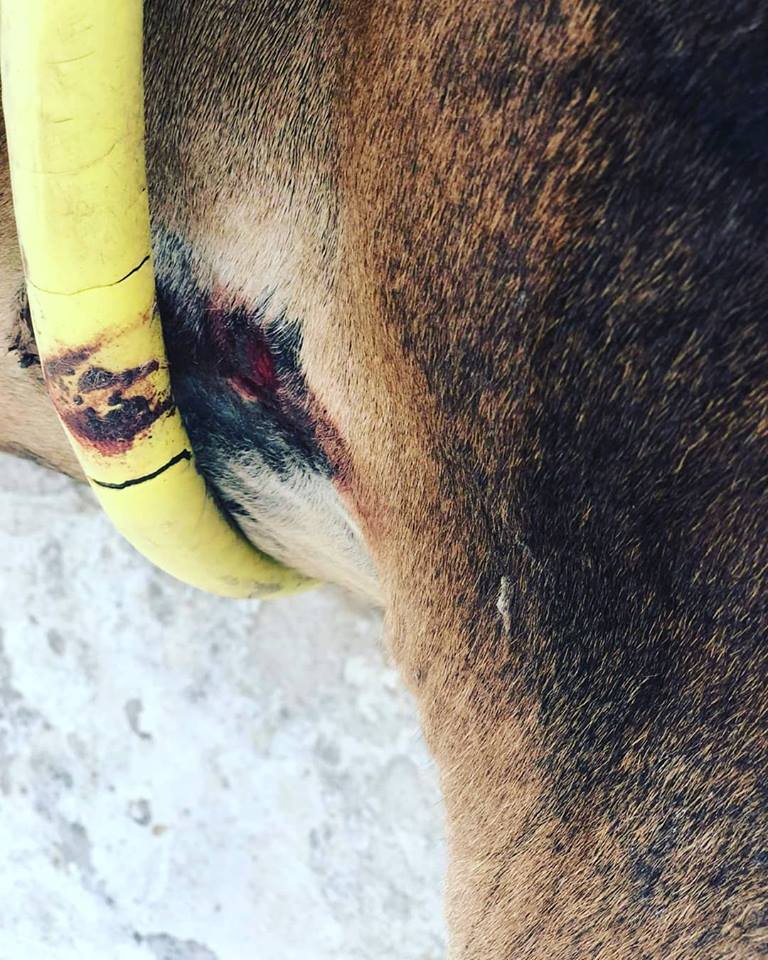 In a statement issued on Saturday, the Municipality of Santorini said that a meeting was held with representatives of animal welfare societies, animal rights group and animal owners with the aim to ensure “respect for the rights and the well-being of the donkeys.”

The statement said further that both groups have agreed on a series of measures including providing adequate shade during the hours waiting for customers and ensuring plenty of food and water.

Measures to be implemented immediately are:

Animal owners agreed that the load donkeys carry is proportionate to their weight, and to limit the working hours.

Donkeys will be registered and micro-chipped provided funding will be found for this action.

The union representatives committed themselves to discipline owners who violate the rules and ultimately also ban them from the union.

An important owners’ request was the additional medical support for the donkeys with an ultrasound device. The animal rights activists committed themselves to find funds for it.

The Municipality committed itself to update the rules statute for the donkeys and mules on Santorini, the statement said.

The meeting was held with representatives of the local mules and donkeys owners union, the Pan-Hellenic Animal Welfare and Environmental Federation (CPVO) in cooperation with the
Hellenic Association for the Protection of Equidae and the activists’ group Dream Dancers.

The activists declared satisfied with the measures “as long as they are implemented,” the statement said. 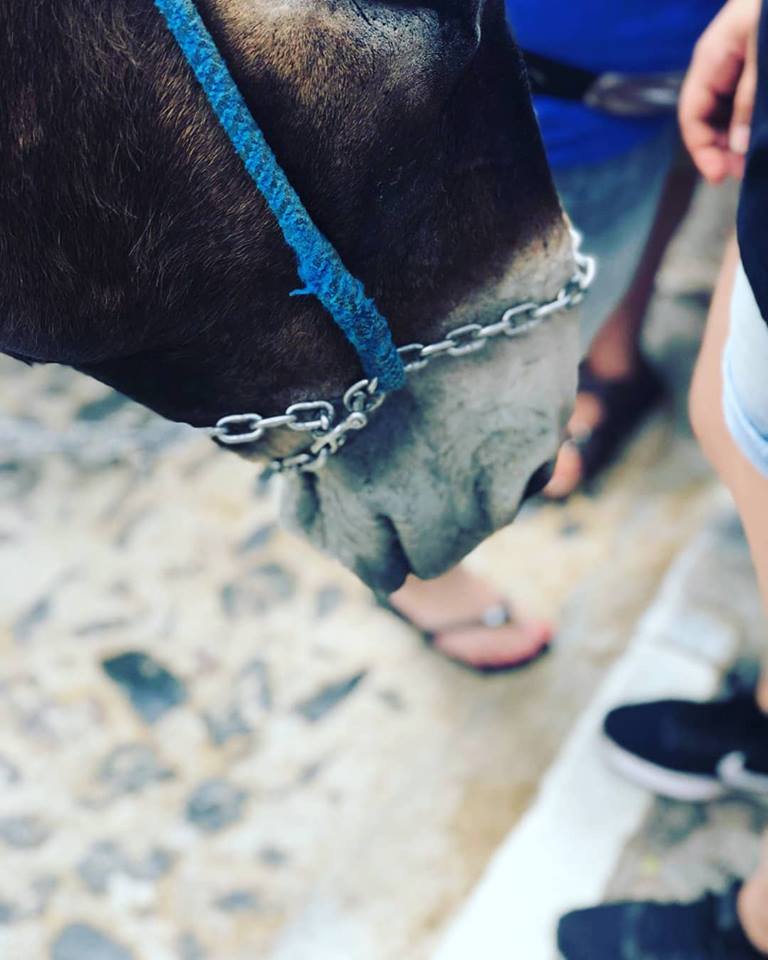 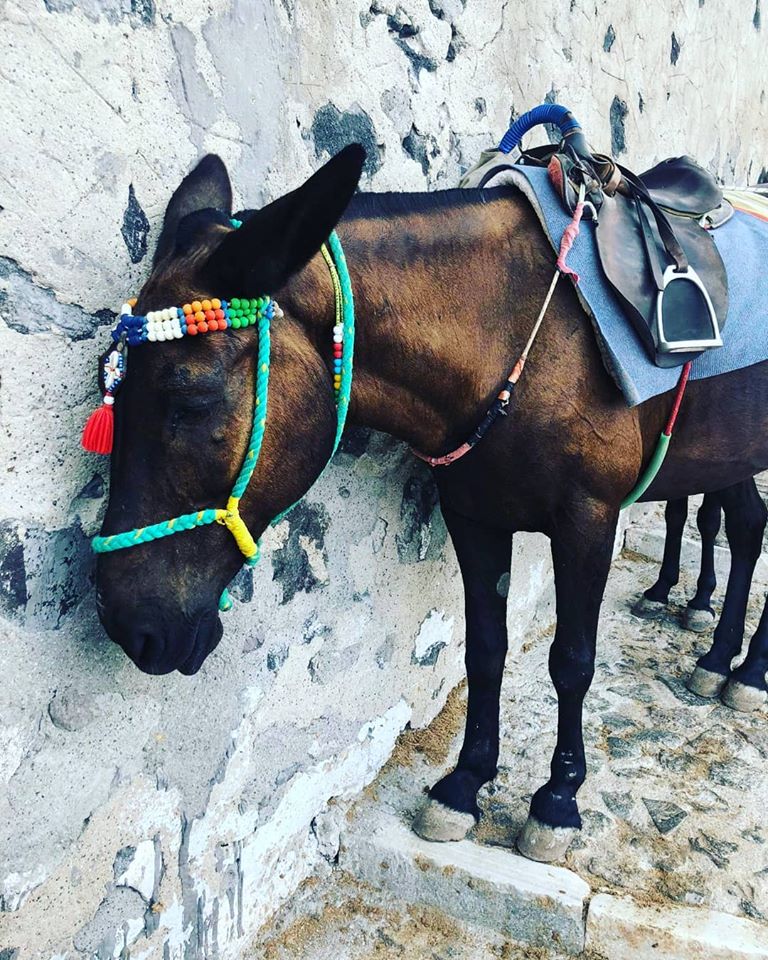 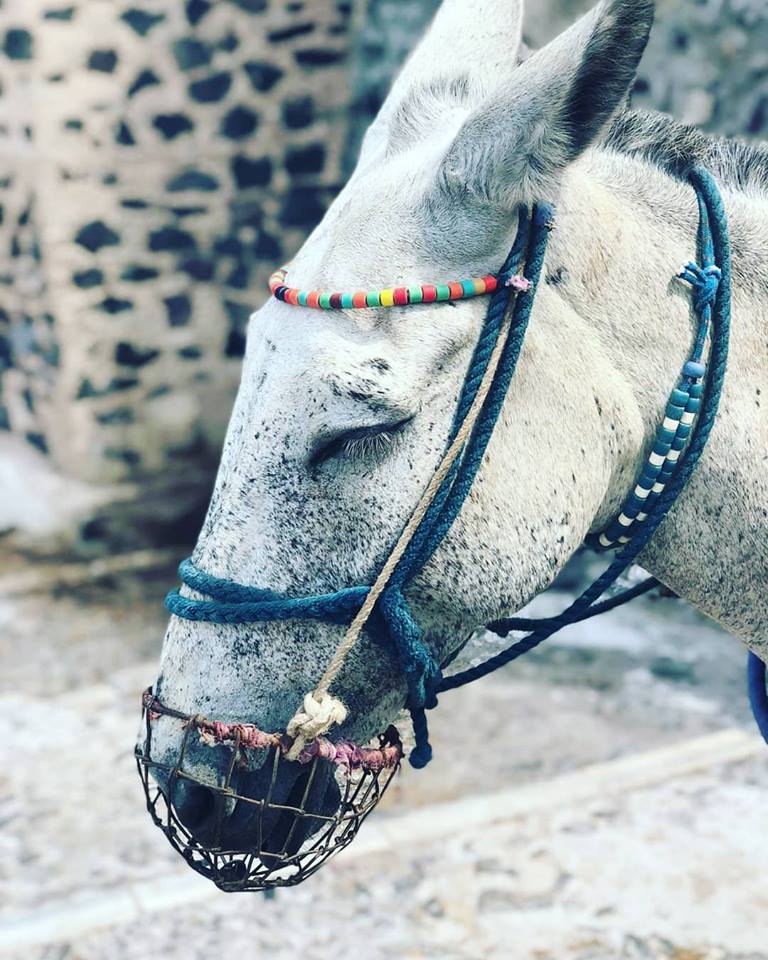 The pictures were shot on Friday and Saturday and posted on social media by Konstantinou Lyrou. She is the activist who filmed the brutal attack on activists by muleteers on Friday.

Dream Dancers activists filed lawsuits against the attackers, the group said in a post on Facebook. The group cancelled its peaceful protest scheduled for Sunday as police would not secure their safety, they wrote.

Commenting on the Municipality statement, the group said that they will be closely monitoring that the agreed measures for the well-being of the donkeys are implemented.

The abuse of donkeys on Santorini has triggered an outrage both in Greece and abroad.

Several groups on social media have been calling on tourists to boycott Santorini until the situation of the donkeys is improved.

It looks as if the situation had to go totally out of control until locals finally move towards the right direction out of fear of revenue losses and a very ugly image of the iconic island abroad.