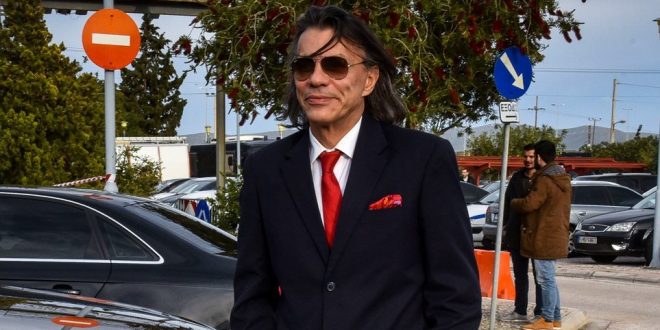 The Municipality Council of Marathon in East Attica is in uproar. The overwhelming majority of city counselors are calling for the resignation of mayor Ilias Psinakis whom they consider as “dangerous for people’s safety.” The fire-stricken village of Mati where dozens of people lost their lives in the wildfires of  last Monday – 23. July 2018 – is part of the Marathon Municipality.

Today, 23 out of 30 municipality counselors urged the City Council Chairman to hold and emergency meeting in order to issue a resolution demanding the mayor’s resignation.

In their draft resolution, the counselors said among others that the Municipality experiences and unprecedented tragedy.

“Time cannot go back. Pain for the losses cannot be tempered. However, all of us who represent our fellow citizens as municipal councilors in the highest governing body of the Municipality, have vowed to serve exclusively their own interests and to protect them from all kinds of threats. And, unfortunately, we failed.

We left our Municipality defenseless and a prey the hands of a Mayor who is now not only proving to be extremely incapable and dangerous to our city, he also insults the ethics and dignity of every resident of Barnabas, Grammatiko , Marathon and Nea Makri with his conduct and his public appearances.'”

Obviously angry about the way Psinakis administrates the whole situation in the aftermath of the tragedy the counselors call for the mayor to resign as “undesirable and extremely dangerous even for the physical health of the citizens.”

On Saturday, two deputy mayors submitted their resignations  and one city counselor resigned from Psinakis’ fraction.

Dimitra Lambarou, a deputy mayor for education and culture at Marathon Municipality, which has jurisdiction over the devastated coastal town on Mati, said she was resigning as a matter of “sensibility.”

“Since no one else did it, I will,” she told broadcaster Skai on Saturday.

“I’m really ashamed for all those people who are in positions of responsibility,” she said and accused Marathon Mayor Ilias Psinakis of “not rising to the occasion.”

Her resignation was soon followed by that of the seaside town’s deputy mayor for development, Vassilis Tsoupras.

“The thought that someone could’ve handled things better than me has prompted my decision to resign from my post as deputy mayor and as member of the town council and go home,” he said in a Facebook post on Saturday.

The counselors’ mobilization to get rid of Mayor Psinakis is proceeding in quick pace, the critical meeting of the Marathon Municipal Council is scheduled for Friday, August 3, at 6 o’ clock in the afternoon.

Unlike for prime ministers and government, Greek legislation does not automatically releases a mayor off his duties if the city council withdraws its confidence. That’s why the counselors of Marathon issue a resolution asking him to resign.

Ilias Psinakis was a celebrities manager and television personality before he turned into a politician. He started his political career in 2010 as city counselor in Athens Municipality under conservative New Democracy mayor Kaklamanis.

He was elected Mayor of Marathon in September 2014 for a 5-year term.