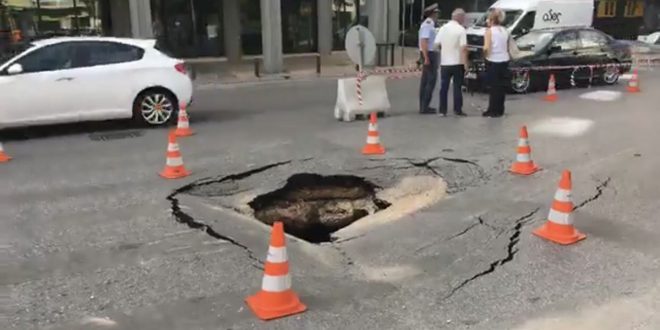 A huge hole appeared on Mesogeion Avenue one of the main roads of Athens linking the city center to the suburbs in North-West. The asphalted ground reportedly sank in a dept of  two meters.

The subsidence occurred on Mesogeion Street in the height of Zagoras street in Ambelokipoi district of Athens.

Traffic police cordoned the area, local government workers are expected to fix the hole and restore the damage.

One more subsidence even though of smaller diameter occurred at the same time on Michalakopoulou Avenue in the same area more less.

The subsidence appeared 24 hours after a heavy rain storm stroke the area on Sunday afternoon. 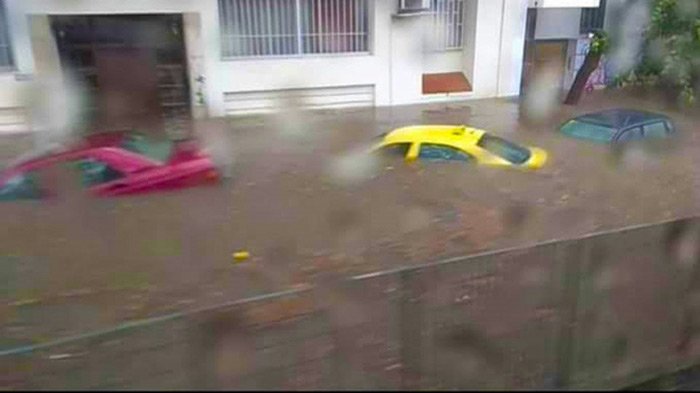 Authorities attribute the subsidence to the heavy rainfall on Sunday.

Older Athenians recall that where Michalakopoulou and Mesogeion Avenues lay in the last couple decades, one of the two biggest rivers of Athens used to flow. The Ilisos River.

It was a miracle that nobody was injured when the hole appeared on the avenue thousands of motorists use each and every day.

See here KTG report on the closed rivers of Athens and broader Attica on the occasion of a subsidence in a open parking next to the train station of Tavros last May.