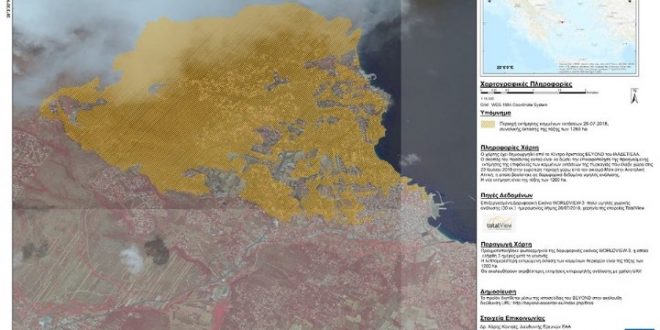 Detailed maps showing the extent of the burnt areas in eastern Attica were released on Monday by the forest fires monitoring centre of the Institute for Astronomy, Astrophysics, Space Applications and Remote Sensing (IAASARS) at the National Observatory of Athens.

Using a system of Drones/UAV for high resolution spatial analysis, the Beyond centre has produced very detailed maps assessing the damage to even individual properties.

These updated maps show that roughly 1260 hectares of land in eastern Attica were burned in last week’s devastating fires.

The estimate was arrived at by processing the very high-resolution (30 cm) Worldview-3 satellite image taken three days after the event. 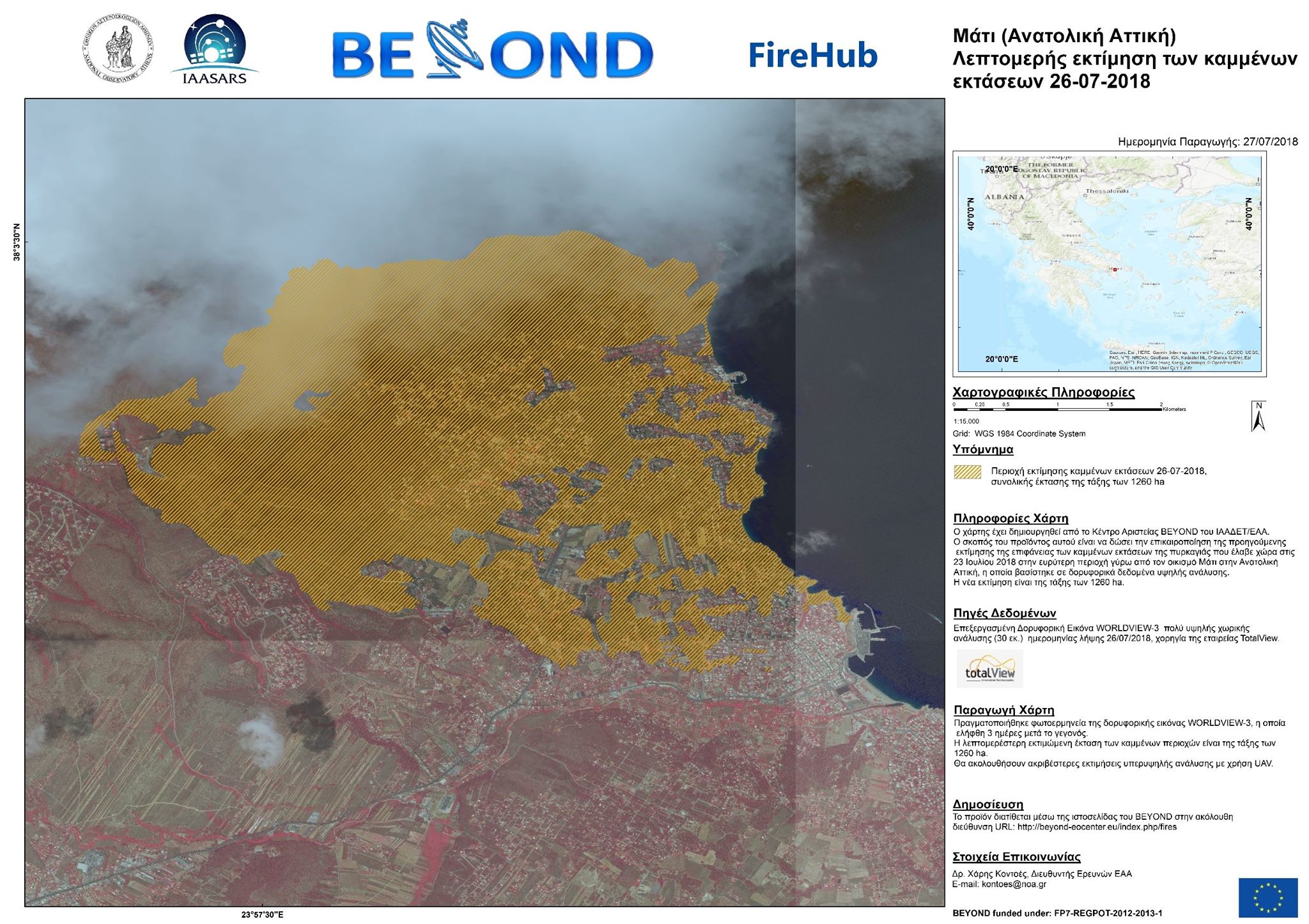 The National Observatory noted that the Beyond centre and the observatory’s services are at the disposal of the state to help in managing the massive disaster.

Its board has also announced a decision to deposit 2,500 euros in the special account for fire victims at the Bank of Greece. noa.gr, amna.gr