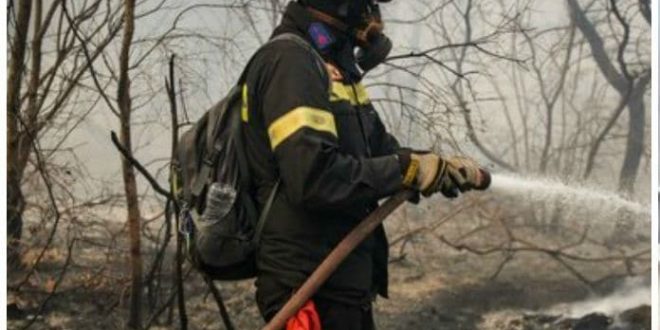 Firefighter’s wife dies in hospital, his baby the youngest victim in Athens wildfires

The wife of a firefighter died in hospital Evangelismos in Athens on Friday morning, twelve days after being in intensive care with severe burn injuries on skin and lungs. On the day of the deadly fire, the woman was found in the sea holding her dead baby in her arms. Both were the wife and the son of a firefighter who left his family behind in Mati to combat the blaze.

The 35-year-old woman underwent surgery in the last 24 hours, with doctors to have put a transplant to help her.

On 23. July 2018, the woman had fled to the sea with her 6-month-old baby in her arms. She tried to keep the baby boy alive, other people helped too, media report. However,  but the heavy smoke was too toxic for the fragile young organism.

The mother kept holding her baby above the water for five hours, until help came and both were transferred to a hospital in Athens.

Doctors could only confirm the baby’s death.

The mother was intubated and kept receiving treatment in intensive care unit where she remained until today.

The news about the tragedy in firefigther’s family was revealed on 27. July, when a fire service representative spoke to media.

“My grandson was six-months-old, he hadn’t even been baptised. He died in Margarita’s arms and now she is in intensive care,” Maria Dionysoti, 67, told theguardian surrounded by relatives and friends at Evangelismos hospital last week. “We found them both in the sea about five hours after the fires descended on Mati.”

In just 48 hours, Maria Dionysioti had lost her infant grandson, two of her cousins, their children and all of her worldly possessions.

The baby was the one of the first victims to be identified and the youngest among the dead in the Athens wildfires.

Although there is no official list of the dead, the Fire Service said late on Thursday, that:

41 people injured in the wildfires were still hospitalized, ten remained in critical condition.

With the mother’s death, the number of people who lost their lives in Athens wildfires rises to 88.

The number of injured is decreased to 40 and of those in intensive care to nine.