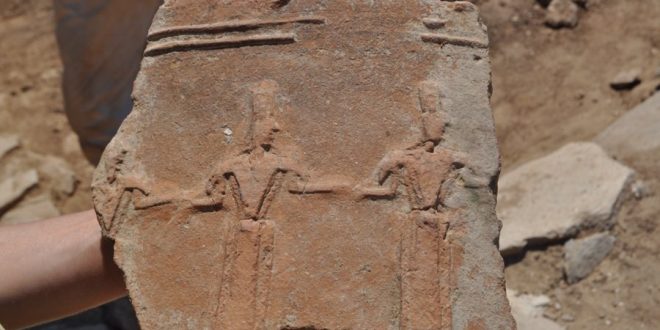 The Greek Culture Ministry has announced the latest important findings in the archaeological site of the Sanctuary of  Ancient god Apollo on the uninhabited islet of Despotiko west of the island of Antiparos in the Cyclades, Central Aegean Sea.

Excavation conducted on Despotiko between 28. May – 6 July 2018, a new building with tw0 rooms have been discovered in which many metal objects, pottery and fragments of figures and statues  from the 6th century BC were found. 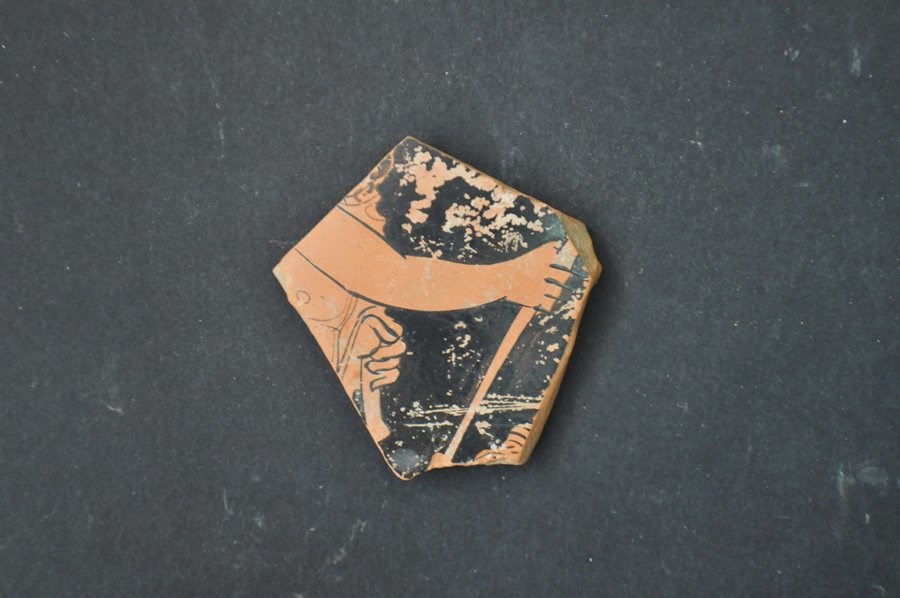 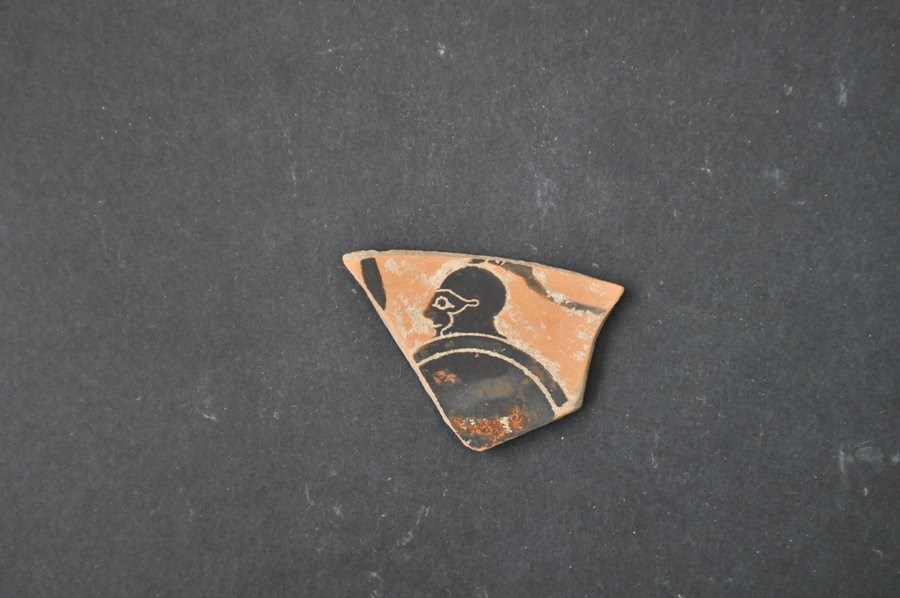 “This year’s excavation focused on the areas surrounding the temple and buildings Z and P. Its results were particularly enlightening for the topography and organization of the archaic sanctuary,” the Ministry of Culture said in a statement. 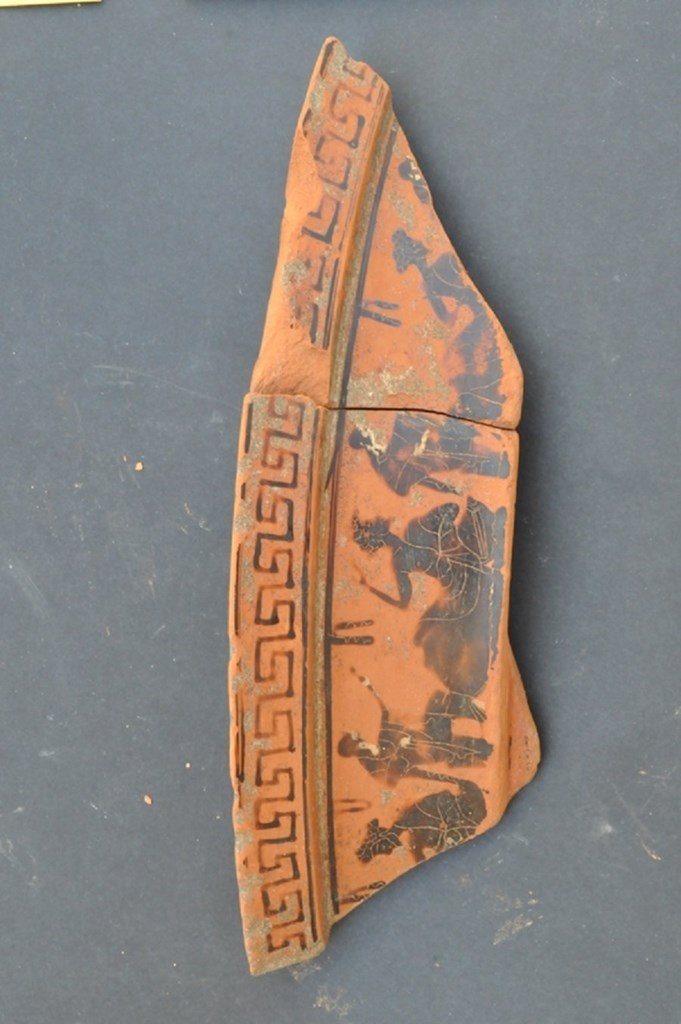 In the archaeological site on Despotiko, “in the area south of the archaic temple, where the auxiliary facilities of the sanctuary are being developed, research continued in the so-called Eastern Complex. By 2017, twelve spaces of a total area of ​​180 m² had come to light. This year, another large space of visible dimensions of 12 x 3 m was partially revealed. with flooring made of large-scale splitting boards. It’s probably a courtyard. The excavation attributed plenty of ceramic archaic and classical times from various types of vessels (basins, bottles, lamps, amphoras). 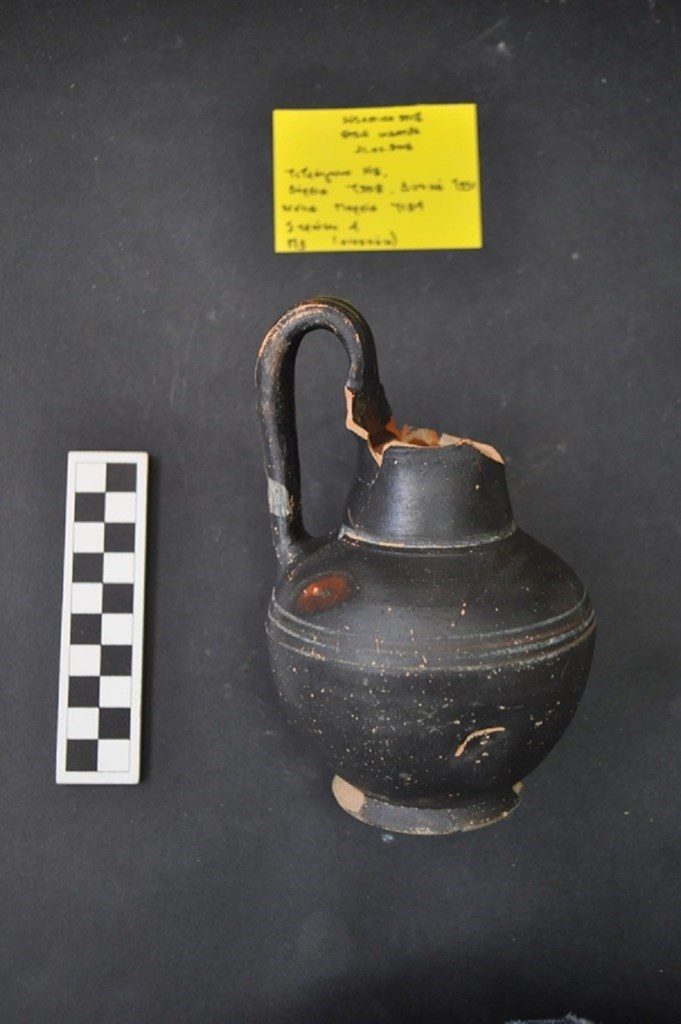 The results from the investigation of the different construction phases of the complex were significant. Underneath the westernmost rooms, an earlier two-story building of rectangular planing, of visible dimensions of 8 x 3.20 m, was discovered, based on the findings dating back to the 6 th century BC. Inside it was found – in their original position – a quadrilateral grid and a cooking pot. In addition, earlier floors were revealed in many areas and the thresholds of the original entrances that had been sealed were detected. It became clear that even in this area of ​​the sanctuary there were buildings before the erection of the Archaic temple in the middle of the 6th century BC.

Various objects were found during the excavation. 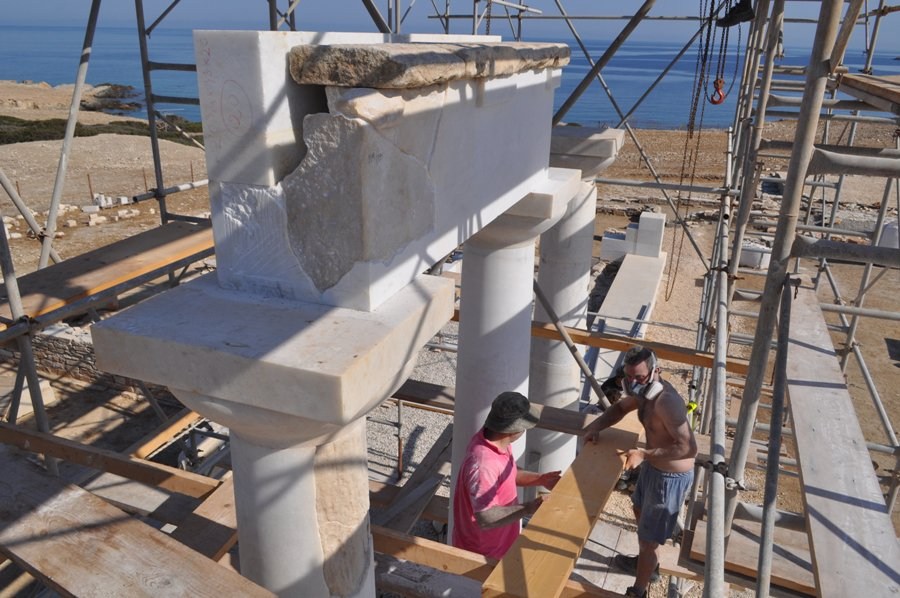 At the same time, restoration works continued with the installation of the third column of the temple and the column above this monument has regained its third dimension. The visitor can perceive the size and grandeur of the Sanctuary even from the coast of Antiparos.

Excavations at the site of Mandra in Despotiko, which began about 20 years ago, have revealed an extensive worship complex dedicated to Apollo, which had an important edge in the Late Archaic period, while worship activities have been documented in the same place since the Geometric era, the Greek Culture Ministry said among others noting that excavations for this year have been concluded.