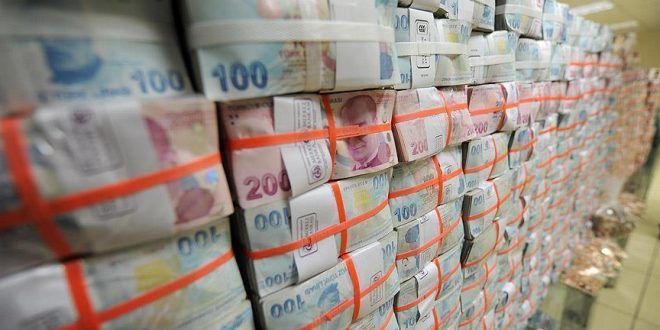 Speculation is high that Turkey may seek a bailout from the International Monetary Fund and possibly also impose capital controls after the Turkish Lira lose big towards the US dollar.

Recent fluctuations in foreign exchange markets, which cannot be explained on economic grounds, will ease sooner or later, ruling Justice and Development Party (AKP) vice chair Cevdet Yılmaz, who is in charge of economic matters, said on Tuesday.

He made his statement on Twitter on Aug. 7, one day after the Turkish Lira fell some 5.5 percent against the dollar, its biggest single day drop in nearly 10 years. The decline came after the US administration said it was reviewing Turkey’s duty free duty free access to U.S. markets, a move that could affect $1.7 billion of Turkish exports.

The Turkish Lira slumped as much as 4 percent, while the rate on 10-year bonds hovered just below 20 percent after President Recep Tayyip Erdogan said on Saturday that Turkey will respond in kind to U.S. sanctions over a detained American pastor Andrew Brunson.

The Turkish action came after the White House announced sanctions freezing the assets of the Turkish interior and justice ministers last week, in protest against Turkey’s detention of an American pastor, Andrew Brunson.

Erdogan said he would order his government to “freeze the assets” in Turkey of the American counterparts of the targeted Turkish officials, describing them as “the U.S. justice and interior ministers.” Such an order would be largely symbolic. It’s unclear whether American officials would have assets in Turkey.

In addition to Turkey’s current account deficit, the sanctions and the tension in the relations of the two countries, triggered concern among investors, the national currency came under immense pressure.

As the currency tumbled, Turkish policymakers changed reserve rules to boost banks’ foreign-exchange liquidity — a measure seen by analysts as insufficient to prop up the the lira, Bloomberg notes on Tuesday.

The central bank and government have been largely silent as the currency plummeted to record lows and the U.S. imposed sanctions and threatened more. The lira slipped for a seventh day against the dollar after falling by the most in a decade on Monday, while the yield on 10-year bonds surged above 20 percent to an all-time high.

“It will remain like this until the central bank commits unconditionally to hike rates and keep them high until inflation has turned,” Henrik Gullberg, a strategist at Nomura International Plc, told bloomberg said by email. “The market needs that sort of hard commitment.”

The lira is buckling under the weight of one of the widest current-account deficits in emerging markets and inflation is spiraling ever higher. As of July it was running at more than three times the central bank’s target, driving the real policy rate to below 2 percent, the lowest since December.

The lira weakened 0.5 percent to 5.3548 per dollar as of 1:21 p.m. in Istanbul after sinking as much as 6.7 percent to the dollar Monday, taking the currency’s slide to 29 percent so far this year. Ten-year yields surged 42 basis points to 20.09 percent, while the benchmark stock index was up less than 1 percent, narrowing its year-to-date loss in dollar terms to about 40 percent.

Tuesday afternoon, diplomatic souses in Ankara said Turkey and the United States have reached a preliminary agreement after the crisis over the arrest of Pastor Brunson.

According to sources speaking to daily Hürriyet, the agreement covers “certain subjects” and a Turkish delegation is scheduled to visit Washington DC in the coming days to “finalize the details.”

However, even if the Brunson issue is somehow sorted out, the economic problem will remain.

Turkey sough the aid of the IMF in 2001, however, no capital controls were imposed back then.