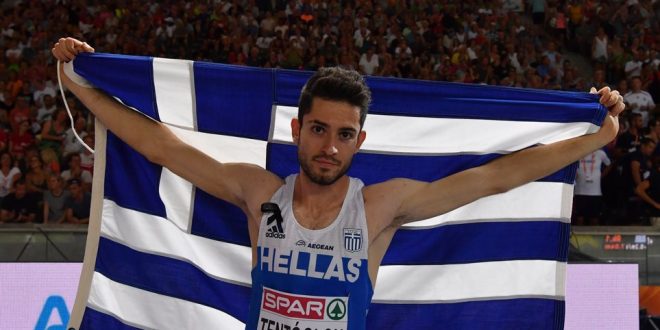 The 2018 European Athletics Championships are being held at the Olympic Stadium in Berlin, from August 6 to August 12. The men’s long jump final took place on Wednesday, August 8.

Tentoglou was in third place in the competition for his first four jumps.

His best, at that point, was 8.00 meters, right behind Germany’s Fabian Heinle (8.13 meters), who has secured himself a season best score, and Ukraine’s Serhiy Nykyforov (also 8.13 meters, on countback).

With his fifth jump, Tentoglou was able to leap into first place. It was indeed “golden” since he earned a new season best of 8.25 meters, which was sufficient for the Greek athlete to win the men’s long jump competition.

Last year, Tentoglou won the gold medal at the European Athletics U20 Championships, with a jump of 8.07 meters. At the 2016 World Junior Championships, Tentoglou claimed the silver medal with 7.91 meters, right behind Cuban long jumper Maykel Massó who jumped 8.00 meters.

A 20-year-old long jumper, Tentoglou’s personal best in the sport is 8.30 meters outdoors (which he achieved at the 2017 National GreekChampionships in Patras) and 7.93 meters indoors.

Tentoglou’s win marks Greece’s only medal at the 2018 European Championships for track and field. Greece also won a bronze medal in the 100 meter men’s backstroke in swimming thanks to Greek swimmer Apostolos Christou, in an even that was held at the Tollcross International Swimming Centre in Glasgow, Scotland. Greece’s total medal count at these championships is two medals. with digitaljournal 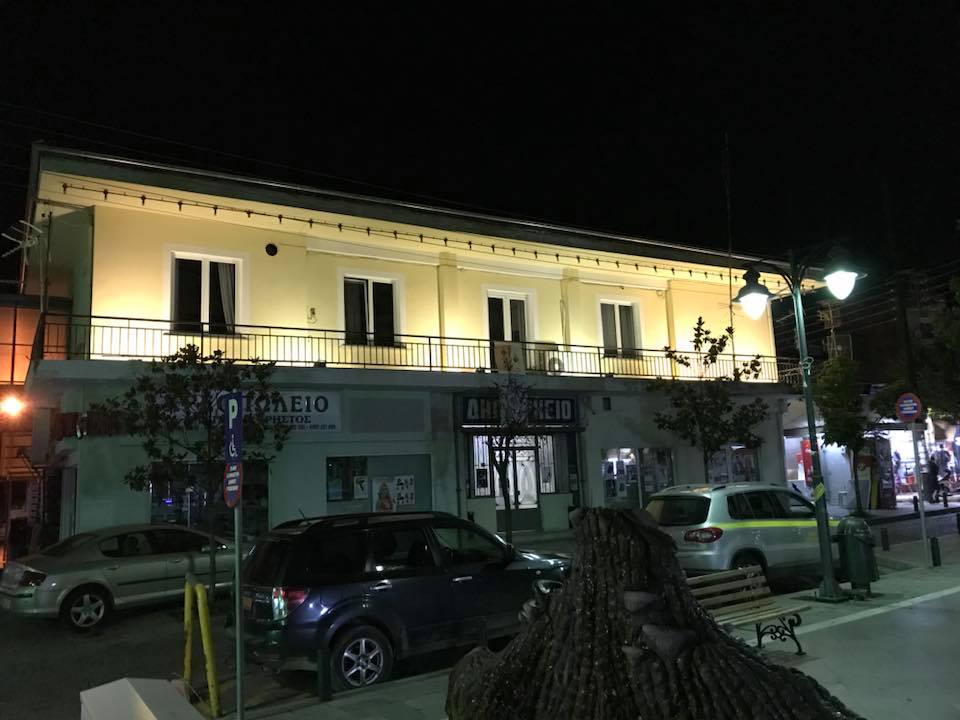 To honor Tentoglou, the mayor in his hometown Grevena in Northern Greece lit up the City Hall on Wednesday and will do so also on Thursday.