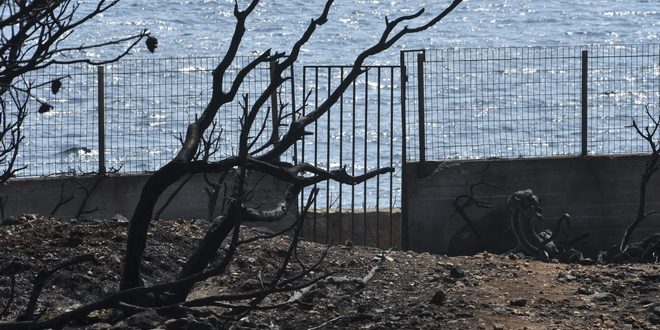 Demolition of illegal buildings in Attica postponed to mid-September

Demolition of illegal buildings and constructions in Attica was supposed to start in the second week of August. The action was postponed towards the end of the month. However, the government stated on Monday that the demolition is expected to be launched in mid-September.

The Ministry of Environment will call on local government authorities to hand over a list of illegal construction which court decisions have verified and will see to it that all such structures are torn down, if need be by its own services, deputy Environment and Energy Minister Socratis Famellos told Praktoreio 104.9 FM, the radio station of Athens news agency.

The Ministry of Infrastructure will help in cases of illegal fencing off of land lying up to 500 meters from the shore. This will speed up the tearing up process, Famellos added.

The minister said that the local authorities will have a 10-day deadline to turn over to the ministry all cases with final judgements for dismantling. There are at least 3,000 such cases of illegal building, and some 800 of these relate to construction on the beach or in forest land, he noted.

For these 800, dismantling is expected to begin around mid-September, he said.

After the tragedy of the wildfires, the Greek government passed a legislation amendment in fast track procedures to speed up demolition of illegal buildings and constructions in forest and seashore areas in the Attica Prefecture.

Dozens of people were trapped and died in the wildfires raging throughout Mati as bad town planning and illegal fences along the seashore prohibited access to the sea where they could have been potentially escape death.