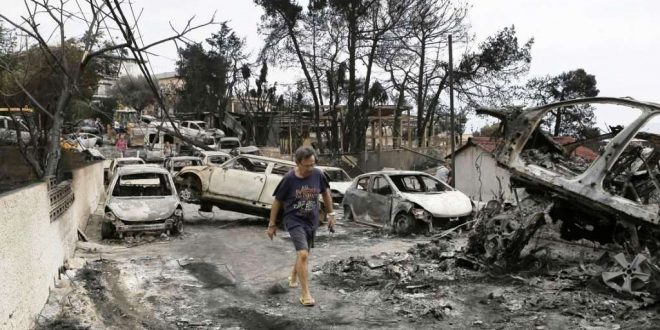 The total of initial insurance payouts for the deadly fires in Attica on July 23 amount to 33.7 million euros at least, the Association of Insurance Companies of Greece (EAEE) announced on Tuesday.

According to data provided by member insurance companies, EAEE said that compensation on property claims (homes and professional spaces) is assessed at 32.4 million euros. There is a total of 785 reports of damage in both types of properties, with an average cost per claim ranging around 41,300 euros.

In addition, 212 reports of damages to cars were registered, assessed at 1.3 million euros in total, with an average claim cost of around 6,300 euros.

The association said that it had already paid out insurance claims or advances in several cases, from the very first days following the wildfires.

Further details on claims would follow in the future, it said.