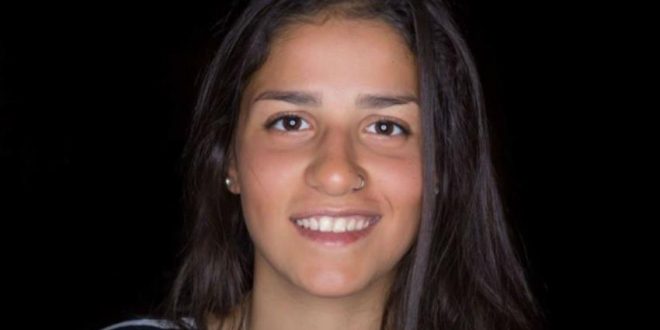 Celebrated Syrian refugee, competitive swimmer and Youth Good Will Ambassador Sara Mardini is among the three arrested by Greek police over alleged migrants trafficking by NGO operating on the island of Lesvos.

Sara Mardini and Irish national Sean Binder are two of the three NGO members Greek authorities arrested beginning of the week along with a Greek national. The three were arrested on the island of Lesvos following a months-long investigation by the Greek authorities.

Mardini, 23, was among three members of the charity who were arrested for allegedly belonging to an organization that directly facilitated migrant smugglers for financial profit.

The 23-year-old Mardini is a Syrian refugee who lives in Berlin, Germany and studies in a college.

The young woman is celebrated on social media as a “hero.” Together with her younger sister Yusra, also a swimmer, pulled an inflatable boat with a broken engine and with 18 refugees on board for 3.5 hours  to the shores of Lesvos in August 2015 at the peak of the migration crisis.

Short time after, the two sister reached Berlin and were granted political asylum. 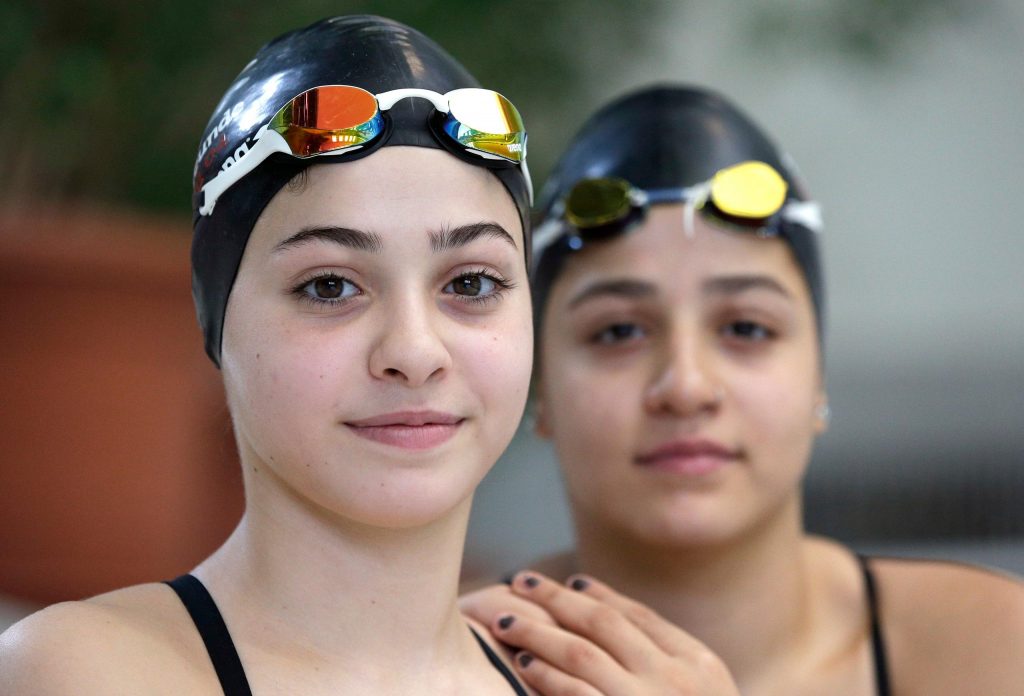 Sara and Yusra Mardini competed with the Refugee Olympic Team at the 2016 Summer Olympics.

Sara Mardini was arrested at the airport of Lesvos on August 21st before boarding a board to Athens and from there to Berlin where college classes would start of Sept 3.

The young woman would work as a volunteer to the NGO on and off since 2016.

Police said Wednesday that a total of 30 Greek and foreign nationals, all members of the Greek non-governmental organization, are suspected of involvement.

>Mardini, along with a German and a Greek national, is accused of belonging to a criminal organization, money laundering, espionage, forgery and breaches of immigration laws.

Police said they allegedly facilitated the illegal entry of migrants to Greece for profit, to raise donations or subsidies for the NGO’s activities, had advance notification of smuggling boats’ routes and numbers of passengers, and illegally monitored Greek and European coast guard radio traffic.

Petsikas said there was no proof that ERCI members were in contact with migrant traffickers.

The arrests followed an investigation launched in February, after two members of the NGO were stopped on Lesvos in a jeep with fake Greek military number plates under its own license plates.

The Bard College in Berlin where Mardini studies issued a statement in full support of its student.

Our student Sara Mardini and other activists got arrested in Greece for helping refugees. Please read @Bard_Berlin press release and share widely https://t.co/ZyrVl7dkt7

“We are in close contact with Sara’s legal counsel and these charges seem more about halting
the operations of the NGO in question than about any actions of Sara or her fellow volunteer,” said Dr. Florian Becker, Managing Director of Bard College Berlin.

“A long period of imprisonment in Greece awaiting a potential trial would be devastating for Sara and her life plans. We will leave no stone unturned to get Sara released from prison,” the statement says among others.

“They did nothing wrong, they want to help people out of idealism,” said Yusra’s swimming coach Sven Spannekrebs told AFP via email.

“I was on Lesvos a few weeks ago and saw what all the volunteers are doing: A great job,” he added.

Spannekrebs said Mardini and another detainee, Sean Binder, were “long-term volunteers for ERCI (and) never engaged in any illegal activity as suggested by the authorities.”

ERCI did not immediately respond to a request for comment, notes euractive.com.

The name of the Greek detainee and his role in the NGO have not been made known.

So far, local authorities have not detained more people although the case file spoke of 30 NGO members involved in the case.

Many German mainstream media report about the Mardini case and her detention on Thursday.