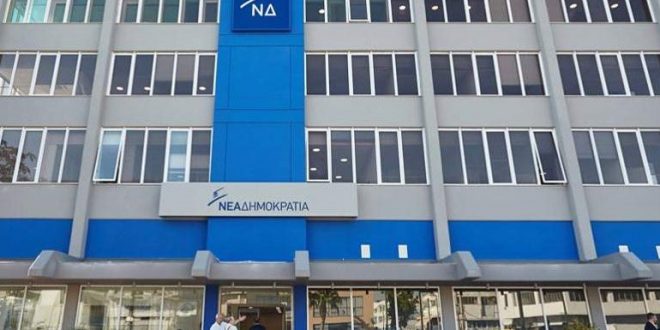 Piraeus Bank has won a lawsuit against Greece’s main opposition party New Democracy for loans that have not be repaid. A First Instance Court in Athens ruled on Tuesday in favor of the bank that could theoretically proceed with the confiscation deposits and assets of  the conservative party.Greece’ main opposition party. Piraeus bank has not issued a statement so far, and it is only sources from ND that comment on the court ruling claiming that they have not been officially informed.

As the ruling is at first instance and the ND could appeal the decision, the bank would not immediately proceed with the confiscation, media report.

The bank appealed to court in October 2016, to secure its interest against New Democracy for loans that political party has not made any arrangements for repayment.

Bank sources have told news website zougla.gr  that the political parties that have made repayment arrangements to settle their debts to the bank are normally serving their obligations.

“It is understood that also ND has made arrangements and serving its debts, however, not for the amount the bank went to courts,” the website notes.

The loan amount is not known and media outlets speculate of several millions euros.

In ND headquarters party officials are reportedly waiting for the official statement by the bank in order to take position on the issue.

In 2016, the loans of ND were about 120 million euros and Kyriakos Mitsotakis had to deal with the moment he became leader of the party, notes dikailogitika.gr.

Citing bank sources, neaselida, writes that the ND has been serving its loans in the last three years and the whole state funding is going to the loans repayment.

Loans of political parties amounted more than 240 million euros and became an issue for the Greek Parliament a few years ago. It was decided that parties will give 30% of the state funding they are eligible to for serving their loans.

According to media reports from 2016, the ND loans to Piraeus bank amounted 131.4 millions and those of PASOK 108.1 millions.

Loans of KKE and SYRIZA were at that time at 8 million euros but they were being served.

Still two days after court ruling on Sept 4, ND sources told news247.gr that they have not been official informed about it and that they will appeal the decision.