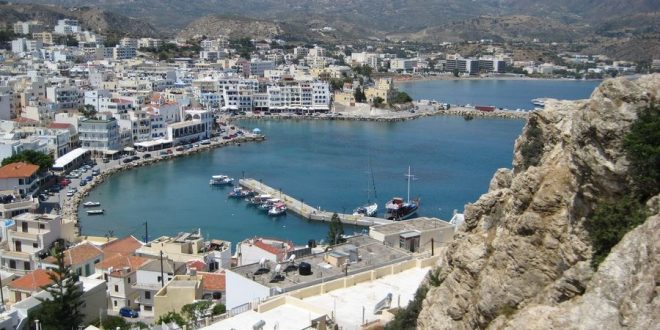 Greece and US discuss a military base on Karpathos, South Aegean Sea

September 12, 2018 Greece, Politics Comments Off on Greece and US discuss a military base on Karpathos, South Aegean Sea 3,247 Views

Greece and the United States are reportedly discussing the creation of a military base on the island of Karpathos in the South Aegean Sea, between Rhodes and Crete.

Discussions are at advanced stage and if they end positive, F-22 Raptor fighter jets will be stationed there as well as Patriot missile systems, private ANT1 TV reported late on Wednesday.

The issue of Karpathos will be high on the agenda of the upcoming visit of  Defence Minister Panos Kammenos in Washington and  his meeting with his counterpart James Matiss, the broadcaster said.

It should be reminded that a NATO air base on the island of Karpathos was on the agenda already in summer 2015. The island has an airport.

The agreement for the airport of Larissa in Central Greece where Drones MQ-9 Reaper are stationed has been reportedly sealed.

US F-35 will be stationed in Volos, F-16 in Andravia, while F-15 are already in Souda airbase on Crete.

Last week, Washington expressed strong interest to further expand its military presence in Greece, including increasing access for US aircraft and ships and joint exercises, Chairman of Joint Chiefs of Staff Gen. Joseph Dunford told reporters during his visit in Athens.

The chairman of the Joint Chiefs of Staff said he very much welcomed seeing the Eastern Mediterranean region “through a Greek lens” as he finished consultations with his counterpart, Greek navy Adm. Evangelos Apostolakis, the chief of the Hellenic National Defense General Staff.

Dunford and Apostolakis discussed the situation in the region. Greece looks north into the Balkans, east to the Middle East and south into Libya and the rest of North Africa. “[He] shared some thoughts about the region, and I greatly benefited from the perspective of the Greeks, who have a regional view,”  Dunford said..

The Greeks are open to increasing military cooperation with the United States, he said. “[They] made a general overture saying they would be willing to consider that, and I certainly was enthusiastic about the possibility,” Dunford said.

U.S. European Command and the State Department will work with Greek ministries to continue these conversations, he said.