Three hundred meters of lagoon shore in Aitoliko, Western Greece,  have been covered by thick spider web. Thousands or even million of spiders of the Tetragnatha species have covered palm trees, bushes and all kinds of vegetation along the shore.

Just vegetation? Spiders are no picky…. 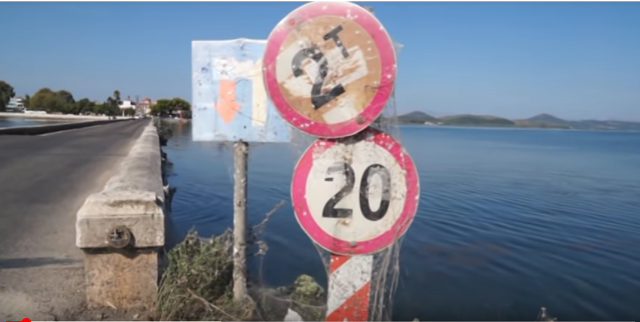 Inside the web, female and male spiders mate and reproduce and their children grow quickly due to abundant food: sand-lies and mosquitoes. 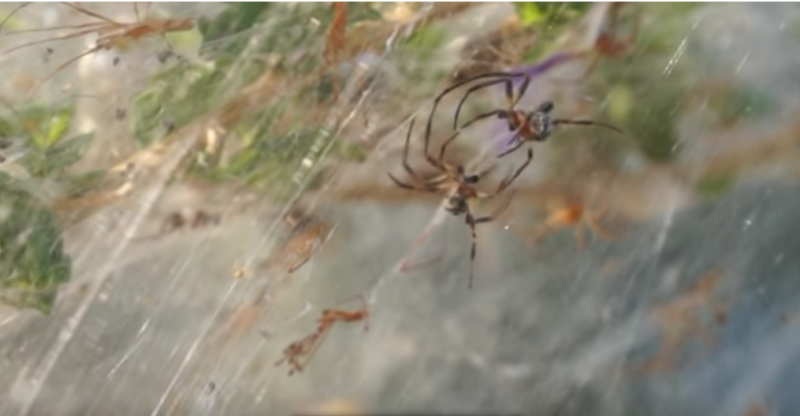 It’s only that all these creatures won’t live happily ever after… not for long time.

Scientists explain the phenomenon which they consider as seasonal.

Maria Chatzaki, professor of molecular biology and genetics at Democritus University of Thrace said that high temperatures, sufficient humidity and food created the ideal conditions for the species to reproduce in large numbers.

She told newsit that “It’s as if the spiders are taking advantage of these conditions and are having a kind of a party. They mate, they reproduce and provide a whole new generation.”

The creatures belong to Tetragnatha species, are very small but they are capable to create big webs. Inside the webs there are thousands of small female and male spiders that mate and reproduce and their spider babies grow quickly due to the plethora of food.

These spiders are not dangerous for humans and will not cause any damage to the area’s flora.

“The spiders will have their party and will soon die,” Chatzaki said.

The phenomenon is not unprecedented and it is seasonal, usually towards the end of summer, beginning of autumn. It has possibly to do with the increase of the mosquitoes population. 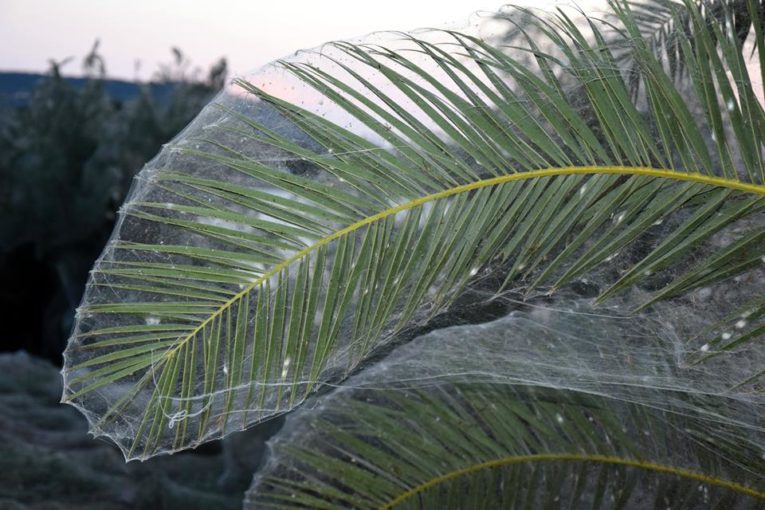 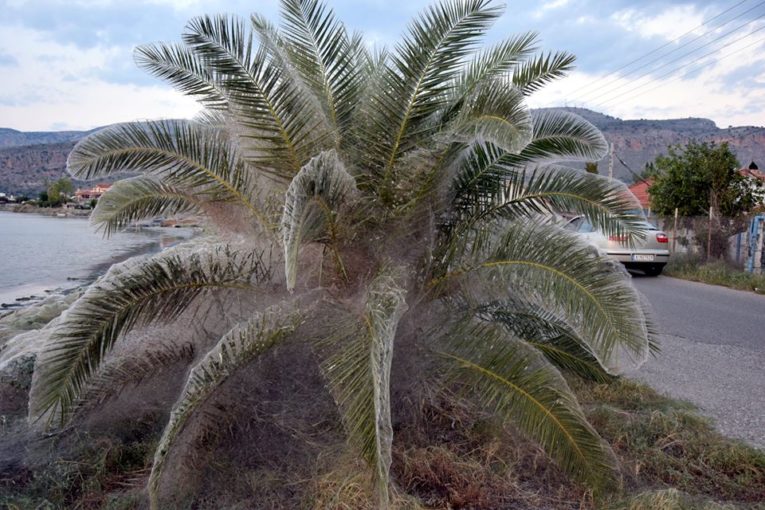 For Fotis Pergantis, Biologist and President of the managing body of Messolonghi-Aitoliko lagoon, it is the cool summer and the increased population of sand-flies that led to this phenomenon.

Speaking to protothema, Pergantis said that appropriate weather and temperature conditions led to an increase of the sand-fly population and consequently also to increase of  the spider population.

With plenty of food around, “the spiders started to mate extensively, their children grew up quickly because of the plethora of food and here we have this phenomenon,” he said.

He added that two months ago, large sand-fly swarms appeared in the area, and the spiders followed a month later. 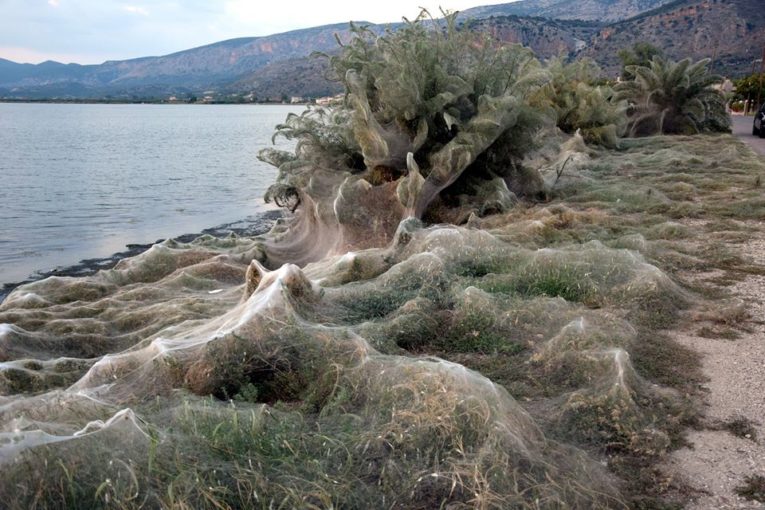 Also Pergantis stressed that the phenomenon is not unprecedented saying “five years ago it was exactly the same.”

With temperature decrease and autumn rains, the sand-flies will disappear and so will do the spiders.

Average life span of a spider is two years. Some species live longer and some shorter.