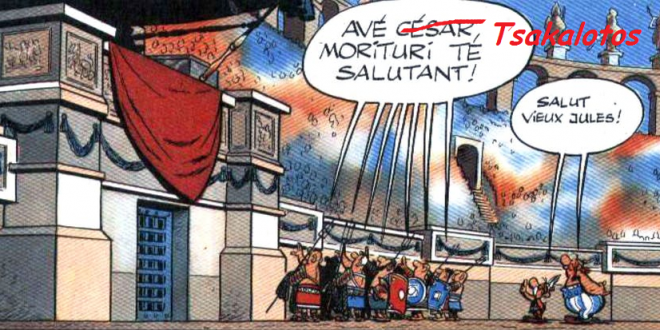 September 21, 2018 Economy Comments Off on Tsakalotos assures investors pensioners over 70 will start dying as of 2020 (video) 758 Views

Finance Minister Euclid Tsakalotos ‘promised’ investors that Greek pensioners will be dead soon and that they will not have to worry about the sustainability of the pensions system.

Addressing the 13th Greek Annual Road Show in London, Tsakalotos argued that pensioners who are over 70 years old now, will have exited the system by 2020, 2030 how much more by 2040.

“There is no elegant way to say it but these people, the old pensioners, will have exited the system the natural way. By 2020, 2030 or by 2040 they will not be here anymore,” he said on Thursday.

“Therefore there will be no effect to the long-term sustainability of the pensions system,” he added.

The Greek Finance Minister had employed his last at the same time the most ridiculous and most brusque argument explaining that the measure will affect only those who retired before the pension reform of 2016.

The measure to be implemented as of 1.1. 2019 upon IMF pressure foresees reduction of the so-called “personal difference” for pensions issued before the reform. The reduction could be a few hundreds of euro each month.

Tsakalotos’ morbid argument was used to convince investment funds and portfolio managers participating in the Roadshow that Greece did not need to implement the further pension cuts as of  1. January 2019. as the measure will apply to people near the point of death.

Prime Minister Alexis Tsipras had used a similar argument during his press conference at the International Fair of Thessaloniki on Sept 9.

“We will explain to European Commission that the pension cuts is a non-structural measure against growth. Because it refers to the personal difference and concerns pensioners over 70. therefore any expenditure cut is not permanent, it will fade away with time. It will have no impact on the sustainability of the pensions system,” Tsipras said.

Also on Thursday, the International Monetary Fund had urged Greece to implement the measure arguing it was a “structural reform measure that would send a clear message to investors and the markets that the country remain on the path of reforms.”

Main opposition New Democracy criticized Tsakalotos for this argument saying – correctly! – that “they should be ashamed!”

It should be mentioned that Tsakalotos argument is completely wrong as thousands of Greek civil servants went to early retirement in masses between 2010 and 2012. They went home at an average age of 55 and after 25 years of service. Their pensions were at least over 1,400 euros per month for the lowest ranks. Being in their early 60’s in 2018, they are alive and kicking and have no plans to start dying as of 2020.

Of course, they have also suffered pension cuts during the bailout agreements, however,  they still enjoy a nice income when compared to the minimum social security contributions they paid through out their working life at the public administration.

PS For sure those 70-year-olds today will not be among us in 2040. However, I have no idea how the 58-year-old Greek Finance Minister can predict the time of death for whole groups  of pensioners  in the next two or twelve years.

*Ave Caesar, Morituri Te Salutant – Gladiators to Caesar “Those who are about to die salute you!” – Good old Latin Proverb….