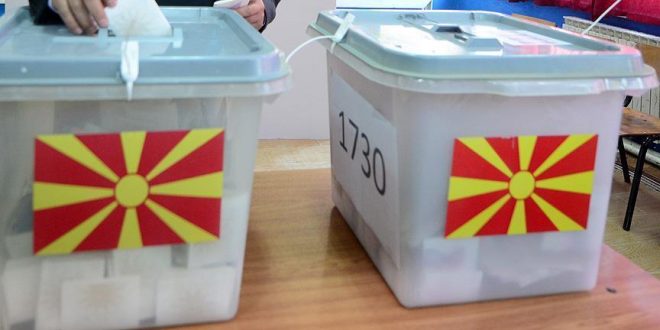 Polls opened early Sunday morning and the citizens of the Former Yugoslav Republic of Macedonia are called to decide on the country’s future. In a landmark referendum they decide  whether to accept the historic deal between FYROM and Greece, the Prespes Agreement.

Voting YES, the citizens of FYROM agree that the country joins the European Union and the NATO, so the question on the ballots.

In fact, if they vote YES they also accept that FYROM will change its name to “Republic of North Macedonia” as it has been agreed  between Skopje and Athens. 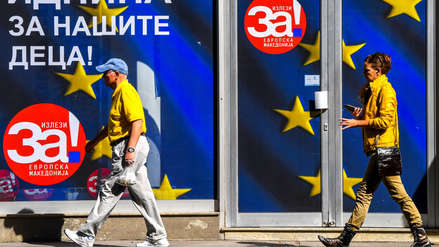 The Prespes Agreement has ended a 27-year-old dispute between the two neighboring countries and was met with nationalists’ anger both in FYROM and Greece.

Opponents of the agreement have called for a boycott of the referendum. The country’s president Gjorge Ivanov has described it as “poisonous.”

The Referendum is not binding and is not part of the Prespes Agreement.

Prime Minister Zoran Zaev decided to feel the pulse of the nation’s public opinion before  he goes ahead with the Agreement implementation that next to name change includes also constitutional changes.

Constitutional changes that are included in the Agreement aim to eliminate FYROM’s “irredentist aspirations” towards Greece.

Key to the referendum is the voters’ participation.

Under the country’s constitution, a Referendum needs 50% + 1 in order to be considered as valid. However, the government says that 50% would be enough.

The final word on the Prespes Agreement lies on the Parliament, anyway.

Constitutional amendments require a majority of two-thirds in the 120-seat Parliament. Zaev has 73 lawmakers, that is seven less than the required number.

Once Zaev manages to have the Prespes Agreement pass through FYROM’s parliament, the deal has to be ratified by the Parliament in Greece. Tsipras’ junior coalition partner Panos Kammenos has repeatedly said that he will not vote in favor of the Agreement. Prime Minister Alexis Tsipras will depend on opposition parties and independent lawmakers to ratify it. Or fail and go to early elections in early spring 2019.

More than 12,000 local and foreign observers have been registered to follow the referendum, FYROM’s Electoral Council said a few days ago. Local observers are 11,907, the number of foreign observers is 493, among them 197 OSCE representatives. In addition come 194 interpreters.

Among the foreign observers are representatives of international non-governmental organization NGOs, foreign embassies in FYROM, the Council of Europe and the European Union

Results on the YES/NO Referendum vote are expected at 9 o’ clock Sunday evening.

Participation in the referendum will be known an hour later.  At 10:00 p.m. it will be known whether Zaev has managed to persuade not 600,000 voters to cast a YES.

However, Zaev and main opposition party VMO have set double standards on the referendum outcome.

Opposition has reportedly committed itself that if 903,000 voters participate and overwhelming majority voted YES, is will ratify the Prespes Agreement at the Parliament.

At the last parliamentary elections, 1.2 million voters went to ballots.