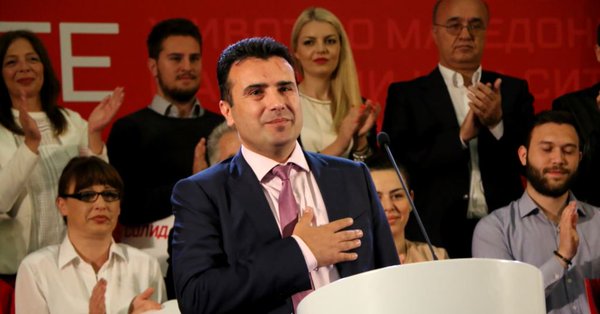 Referendum in FYROM fails despite 91% voted YES to Prespes Agreement

Turnout in referendum about the Prespes Agreement was far less than expectations and the required 50% to make it legally valid. Just 36.79% of registered voters in FYROM cast their votes with the vast majority to have turned their back to a deal that would change the name of the country into “North Macedonia” and allow it to join the European Union and the NATO.

What if  91% of voters voted YES in a referendum that was not binding? The low turnout prevents progress in burying the 26-year-old name dispute with neighboring Greece.

After the referendum results late on Sunday, Prime Minister Zoran Zaev said it was a success.

Zaev said he had no intention of resigning or call early elections.

Before the referendum was held, he had said he would resign if a vast majority said no the deal.

Zaev said the result was a clear indication of the will of Macedonia’s people. He called on lawmakers to support the next step need to finalize the deal, which is ratification of necessary constitutional changes.

He stressed that there was “no better deal with Greece, and there could not be a better deal.”

Zoran Zaev has plans to bring the Prespes Agreement to the Parliament and proceed with the constitutional changes he has to according to the deal with Greece.

Such changes need two-third of votes in a Parliament of 120 seats. Zaev has only 73 seats. He will need to persuade at least seven lawmakers from other parties to support him and maybe another three to four for a sweeping victory.

It should be noted, that four MPs from main opposition VMRO voted in the referendum despite the official party line to boycott it. They said that they voted NO.

Media report of a “technical problem” as the electorate lists have not been updated for almost 20 years.

If Zaev does not success in the Parliament early elections are due towards end of  November.

In a statement late on Sunday, the Greek Foreign Ministry said the outcome of the vote will require careful moves to “preserve the positive potential of the deal.”

The ministry said: “The climate of nationalism and suspicion, daily fake news and extreme fanaticism unfortunately do not allow a sober assessment of the great benefits of the agreement.”

“68 percent of the people have canceled the agreement,” Kammenos said in a tweet.