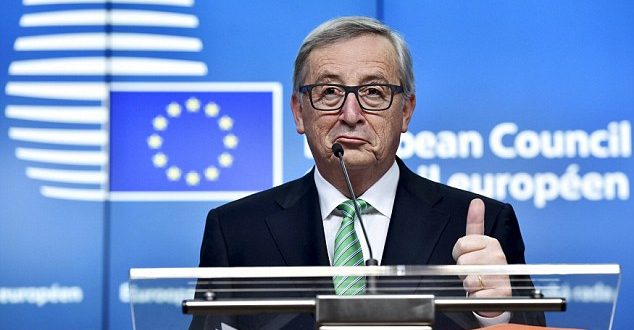 Three major transport and environment project are to be inaugurated this week with EU funds totaling 1.3 billion euros, the European Commission said on Wednesday. In addition, 121 million euros investment has been adopted for the motorway connecting the Aktio Peninsula with the Ionian highway .

The Commission said in a press release that EU Commissioner for Regional Policy Corina Crețu will travel to Greece to visit or inaugurate three major transport and environment projects which have received a total of €1.3 billion in support from EU funds.

In addition to this, the Commission has adopted a decision for a €121 million investment for a motorway connecting the Aktio peninsula to the Ionia highway, a key transport section linking North-Western Greece to the South.

The successful preparation, implementation or completion of these projects was made possible by the “New Start for Jobs and Growth in Greece” plan. The Commission launched this plan in 2015 to complement the stability support programme which successfully concluded on 20 August 2018. The plan provided for exceptional measures to facilitate maximising the use of EU funds in Greece, in order to stabilise its economy and boost growth, jobs and investments

Commissioner for Regional Policy Corina Creţu said: “As President Juncker mentioned in his State of the Union speech, Greece is now back on its own two feet. And these four projects will, each in their own way, help Greece write a new chapter in its history. Greece is already one of the main beneficiaries of EU funds and for the next decade, the Commission proposes even more Cohesion Policy resources for lasting growth in the country, jobs and an ever better quality of life for the Greek people.”

Inauguration of the rehabilitated Lake Karla, a crucial environmental project for the region of Thessaly

On 5 October Commissioner Crețu will participate in the inauguration of the ‘Lake Karla’ project, in which the EU invested €125 million of EU funds over the past 20 years. The lake, which was drained completely in the 1960’s, underwent major rehabilitation works supported by the EU in order to restore and preserve its biodiversity and contribute to the development of a sustainable tourism in the region. Thanks to the project, 75,000 inhabitants in the nearby city of Volos should benefit from improved water supply.

On 4 October Commissioner Crețu will visit the high speed Tithorea – Lianokladi – Domokos railway line, which is currently in its final development phase. This state-of-the-art high speed line will reduce further travel time between Athens and Thessaloniki. As soon as additional signalling and telecommunications works are completed, it will take a record 3.5 hours to travel by train between Greece’s two major cities.

The construction of the line would not have been possible without the EU’s long-standing and considerable financial support, amounting to €1 billion from different EU funds. Once operational in 2019, this railway line will promote clean mobility in the country, making rail travel an attractive option compared to air, car and bus transport.

Commissioner Crețu will also visit the Thriassio Pedio Freight Complex in the region of Attika, the first integrated intermodal freight centre in Greece, which benefitted from €200 million of EU funds. This complex will be a key hub on the Athens-Thessaloniki rail route, with significant impact expected on trade and on the competitiveness of the Greek economy.

Freight trains from Thriassio could reach the Northern Greek border at Eidomeni in 6.5 hours. With its rail access to the port of Piraeus, the complex can help Greece become a transport gateway for international freight traffic towards Central and Eastern Europe, along the Orient–East Mediterranean Trans-European Transport Network (TEN-T) corridor. In addition, the operation of the freight complex and the construction of a new logistics centre are expected to directly create over 3000 jobs.

Commission invests €121 million in the motorway linking the Aktio peninsula, in North-Western Greece, to the South via the Ionia motorway

This motorway, which will run from Aktio to the lake Amvrakia area and connect to the newly opened Ionia motorway, will ensure smoother travels in Western Greece as well as to and from the Rio-Antirrio bridge, to the island of Lefkada and to the Aktio aiport. Once works are completed in 2022, the travel time on this TEN-T section will be 30 mn shorter, and road safety will significantly improve. The EU already invested €83 million in the first phase of the project, in the 2007-2013 budget period.

Greece has benefitted from financial assistance from its European partners since 2010, throughout three different programmes. The latest was the ESM stability support programme of 20 August 2015, which the European Commission signed, on behalf of the ESM with the Greek authorities. In total, €288.7 billion in loans have been provided to Greece since 2010. This includes €256.6 billion from its European partners and €32.1 billion from the International Monetary Fund (IMF). Greece successfully concluded its stability support programme on 20 August 2018.

In parallel to the stability support programme, the Commission launched the “New Start for Jobs and Growth in Greece” plan in July 2015 to help maximise the use of EU funds in Greece. As a result of the exceptional measures adopted under the plan, Greece is now among the top absorbers of EU funds and, for the period 2014-2020, has already received almost €16 billion from different EU funding sources. This is equivalent to over 9% of the 2017 annual GDP of Greece.

Greece is also the top beneficiary of the Juncker Plan’s European Fund for Strategic Investments (EFSI), relative to GDP. The EFSI is now set to trigger almost €11 billion in investments and support more than 20,000 small and medium-sized businesses in Greece.

On 29 May 2018, for the next long-term EU budget 2021-2027, the Commission proposed a Cohesion Policy budget worth €21.7 billion for Greece, an increased envelope in an overall reduction of the Cohesion budget, in order to support a lasting economic recovery in the country.