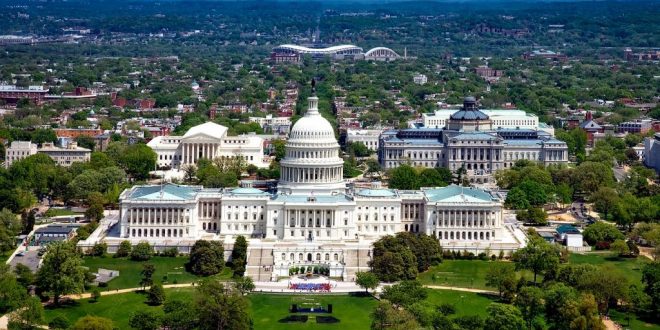 Greece has reportedly hired a Republican veteran to lobby in favor of mutual interests with the USA in the areas of economics, trade, foreign policy and national security. The company DLA secured a $75,000 monthly contract.

Greece has hired DLA Piper to a $75K monthly retainer contract to advance its mutual interests with the US in the areas of economics, trade, foreign policy and national security.

That group includes DLA strategic advisor Tom Korologos, the well-connected Republican who was US ambassador to Belgium.

Korologos, who has attended every GOP convention since 1972, served as director of congressional relations for Ronald Reagan’s transition team and advisor to both Bob Dole’s presidential bid and the Bush-Cheney transition team.

He was among advisors to lobby Reagan to celebrate Greek Independence Day (March 22) in the White House, a tradition that has been carried out since 1986.

Greece faces an economic challenge in 2019, which will be the first time in nearly a decade that the country is not subject to International Monetary Fund and European bailout requirements.

The IMF warned Greece in September of the need to stick to its promise of making big pension cuts that were part of the bailout package.

CNBC reported Oct. 1 that any “backsliding with reforms could also unsettle financial markets at a time when Greece is still vulnerable to shocks that are outside its control.”