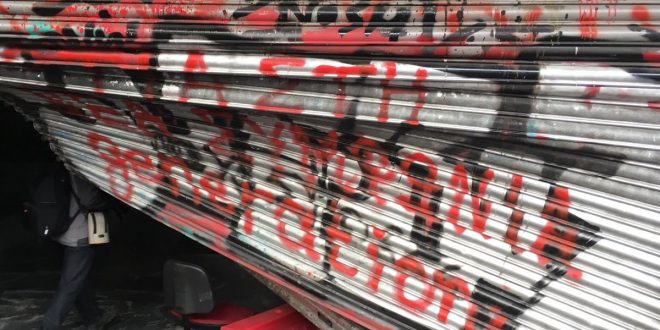 Labor conditions in Greece worsened for 90% of private sector employees

October 6, 2018 Social Comments Off on Labor conditions in Greece worsened for 90% of private sector employees 1,332 Views

Nine in ten employees in the private sector in Greece faced worsening labor conditions in the years of the debt crisis, according to a survey carried out for the General Confederation of Greek Workers (GSEE) on the occasion of the 100th-year anniversary of its founding.

The 90 percent of respondents in the poll conducted by ALCO polling firm said that in the past eight years they have suffered from reduced salaries, job insecurity and blows in their social insurance protection and working conditions, national broadcaster ERT reported on Wednesday.

Some 37 percent of private sector employees said that they faced delays in the payment of their wages for at least one month in recent years.

Although Greece has exited the bailout programs this August, challenges remain. The unemployment rate stands at 19 percent and the labor market faces many issues.

GSEE and other labor unions urge for the reestablishment of collective labor agreements to safeguard workers’ rights as well as the increase of the minimum salary in the private sector.

In 2012 in the framework of the austerity measures introduced to address the Greek debt crisis the minimum wage decreased from 715 euros (824 U.S. dollars) per month to 586 euros for employees aged over 25 years and to 511 euros for youth aged up to 25.

Currently according to Greek Labor ministry data some 690,000 employees in the private sector earn monthly wages up to 700 euros.