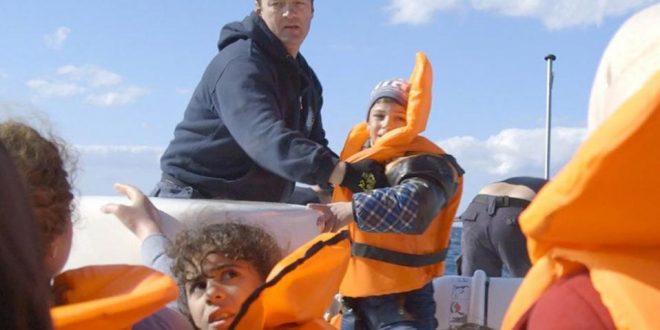 “Hero of Aegean” HCG Capt. Kyriakos Papadopoulos passed away at 44

“The Hero of Aegean”, Hellenic Coast Guard officer, Captain Kyriakos Papadopoulos, who rescued more than 5,000 people at the peak of Migration Crisis passed away at the age of 44.

He suffered a heart attack on Tuesday night.

At the peak of the Migration Crisis 2015-2016, the captain of  Greek Coast Guard patrol vessel 605 saves the lives of thousands of refugees trying to reach the island of Lesvos from Turkey on board of often not seaworthy dinghies.

He was the personification of  Greece’s approach that any human life has value.

He was a native of Lesvos descendant from a Greek refugee family who landed on the island from Nikomidia, Turkey, in 1922.

Married and father of two children, Kyriakos Papadopoulos was a modest man despite the honors he earned for his heroic struggle to save lives. 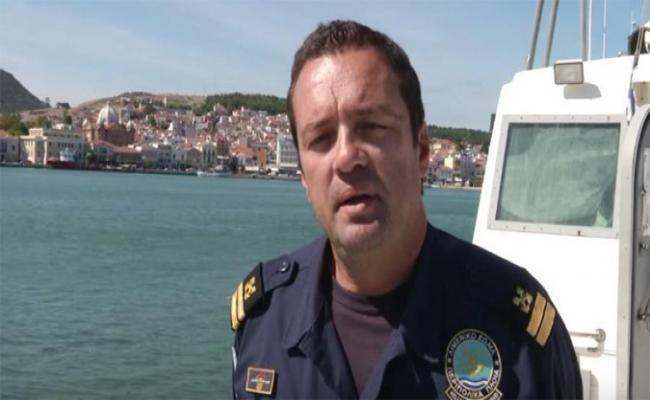 When Austrian Chancellor Werner Fayman and Greek Prime Minister Alexis Tsipras visited the island, Fayman asked him “How many people have you saved?” Papadopoulos replied “More than 5,000.” Fayman did not hear the number well and commented “5 lives, that’s very important.”  When he was corrected and told it was 5,000 lives, Fayman said “You are a hero!”

The short documentary film “4.1 Miles” directed by Daphne Matziaraki was dedicated to Papadopoulos and all the risks he took to save thousands of human lives crossing the Aegean Sea. The film was nominated in the category Best Documentary Short Subject at the 89th Academy Awards in 2017.

He was a hero in film and in real life.

Kyriakos Papadopoulos was honored by the Academy of Athens and the Greek State.

When once asked about the moments in the sea and how much they put a stamp on his soul, Kyriakos Papadopoulos replied “The moments of personal weakness are  a luxury we don’t have. A few miles away, there are people needing our help. We do have time for tears.”

The scars were apparently too deep.

Now it is the people who shed tears for Papadopoulos – and not only on Lesvos.