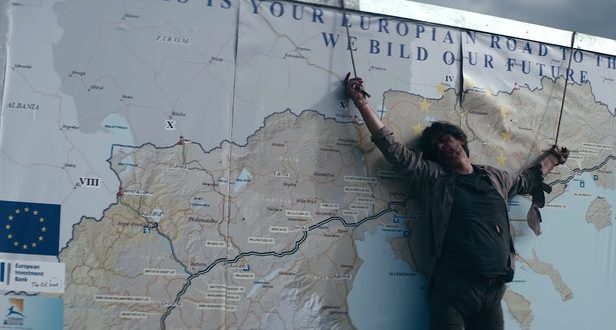 “Mocking of Christ” triggers outrage both in Greece and FYROM

“Mocking of Christ” is a film about a Greek journalist with family roots in Greece and the Former Yugoslav Republic of Macedonia. The film that has won the Innovation Award at the Montreal film Festival 2018 has triggered an outrage not only in Greece but also in FYROM.

According to the plot, Alexander Philippopoulos returns to northern Greece from France where he works as journalist to seek the truth about his father Lazaros who lived as political refugee in Skopje after the Greek Civil War.

Digging about the truth the protagonist with a highly symbolic name of Alexander [the Great and his father] Philipp of Macedonia] discovers the “genocide of Macedonians by the Greeks,” the film claims, according to Greek media.

The film is considered not only anti-hellenic in Greece but also triggered strong reactions in Skopje where it had its premiere in the movie theaters on Monday. authorities tried to stop the film but the justice rejected relevant objections. The film is said to be supported by the nationalist President of the country, an opponent of the Prespes Agreement with Greece.

It is especially the scene where the protagonist is shown crucified over a map of Greece with Egnatia highway on his back and the stars of the European Union to form a halo around his head.

According to film director Jani Bojadzi “Alexander dies crucified like Jesus Christ on a billboard that advertises the European road leading from Rome to the West to Istanbul in the East, splitting Macedonia in two.”

“Mocking of Christ is a movie about people which are searching for their identity. A story about the fear from what they can discover from that search. It’s a movie about the people who are not ready to face the truth they dreamed about, so at the end they end up even more disappointed than they were. On the Balkan is even crueler. They deny each other’s rights to believe in their own lies,” Bojadzi writes on his website. 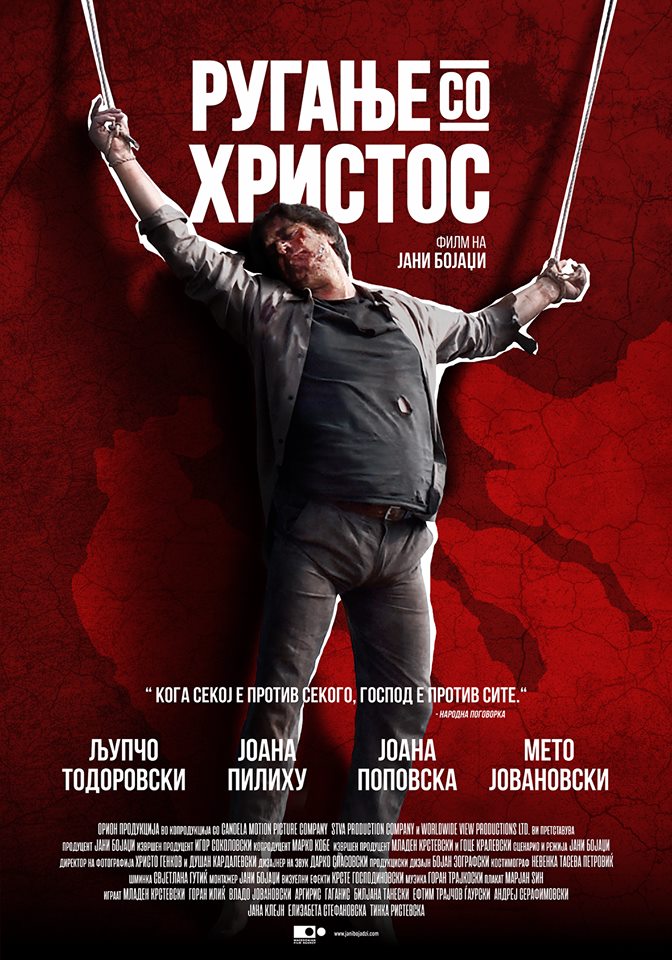 The film has biographical features and as Bojadi notes “I come from a family of ethnically different parents Greek and Macedonians and since I can remember I can’t think of a family sacrament, engagement, wedding or funeral which didn’t end with nervous men in a decent age asking each other: who are you the Greeks and who are we the Macedonians, and the opposite. I’ve spent a part of my life living in Greece but now I live in Macedonia.”

According to some Greek websites, though, “the film shows Greeks slaughtering the people of FYROM.”

The film has been featured by Greek media as “nationalistic and irredentist propaganda,” and as “provocative anti-Greek.”

“As if it is not enough that they mock Christ by showing the protagonist being crucified on the map of Greece and they also show Macedonia divided into two,” writes daily ta nea.

Some Greek media go so far to write “they want to crucify Greece and the Greeks.”

Meanwhile, also the Mayor of Athens got involved in the row after some media claimed “the Municiaplity of Athens was sponsor of the anti-hellenic film.”

In a post on social media, Athens Municipality and Mayor Giorgos Kaminis vehemently rejected the claims and even threatened the production company with legal measures.