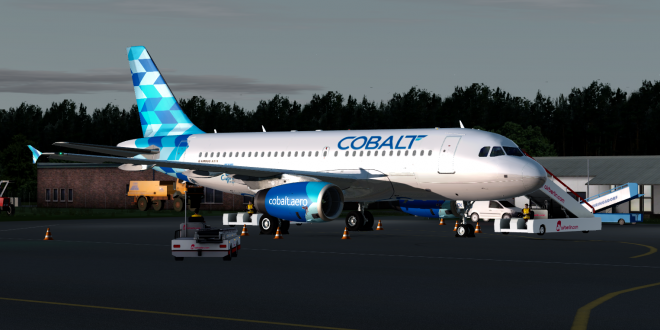 Cypriot budget airliner Cobalt Air suspended all its operations late on Thursday leaving hundreds of tourists stranded in Greece and Cyprus and others just with the flight ticket on their hands. Colbat Air is the third European airliner to go bust, after Danish Primera Air last month and UK’s Monarch Air last year.

The carrier, which has operated flights in and out of Cyprus since 2016 – including flying UK holiday-makers to the island – has suspended operations.

The airline’s statement said future flights would not operate due to “indefinite suspension of Cobalt’s operations”, and advised passengers not to go to the airport. They should contact their credit card provider or travel agent instead, it added.

It is not yet clear how many passengers have been affected, but nine flights had been scheduled to arrive and nine to depart from Larnaca airport on Thursday.

Cobalt Air flew to 23 destinations in Europe – including Heathrow, Stansted, Gatwick and Manchester in the UK – as well as Russia and the Middle East.

Cypriot Transport Minister Vassiliki Anastassiadou said the government would pay for tickets to help travellers get back to where they started from, but stressed it would only cover return tickets.

Anastasiadou said the company had asked the finance ministry for assistance but it was told that state aid would be a violation of EU law.

The fate of Cobalt’s 280 staff is unclear.

Cobalt Air  was the second Cypriot airline (after Tus Airways) to be established since the dissolution of Cyprus Airways in 2015.

From June 2017 until October 2018, it was the second largest airline at Larnaca International Airport with 8.2% of weekly capacity after Greek Aegean.

The company was reportedly predicted to become the largest airline by Summer 2018 following expansion and the subsequent reduction by Aegean at Larnaca.

On 17 October 2018, it was reported that Cobalt Airways had suspended all operations indefinitely due to financial difficulties, and the news was confirmed in the evening hours.

The final flight to land was flight CO327 from London Heathrow to Larnaca which landed at 00:10 local time on 18 October 2018.

Meanwhile, airliners Aegean-Olympic and Wizz are reportedly offering special fares to holders of Cobalt Air tickets issued for flights until 30.11.2018.