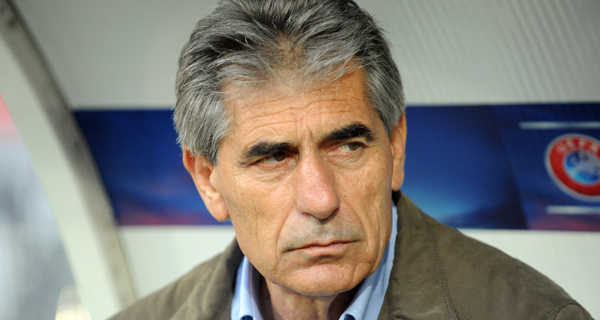 The Greek Football Federation (EPO)  fired German coach Michael Skibbe and replaced him with veteran Angelos Anastasiadis at the helm of the national team. SKibbe’s sacking was considered a must for the Greeks after the humiliating defeat to Finland ten days ago.

“It was easy to understand our decision because of the bad course of the team and the unfortunate last result,” federation president Vangelis Grammenos said.

“We decided to hire a Greek coach to impart the required characteristics needed for our national team.”

Skibbe’s sacking came after the Greek national team recorded only two wins in the four matches of the Nations League this season.

Right after the Greek defeat 2-0 to Finland  2-0 in Tampere Stadium on October 15, local media spoke of  “national humiliation,” and demanded Skibbe’s replacement …yesterday.

Anastasiadis, 65, coached the Cypriot national team from 2004 to 2011 and also coached a number of Greek clubs including Panathinaikos, PAOK Thessaloniki and Iraklis Thessaloniki.

Greek media reported he had signed a one year contract with an option for another year if Greece qualifies for Euro 2020.

Skibbe, 53, took over the Greek national team two years ago on a one-year contract but last year was offered a two-year deal despite the team failing to qualify for the World Cup.