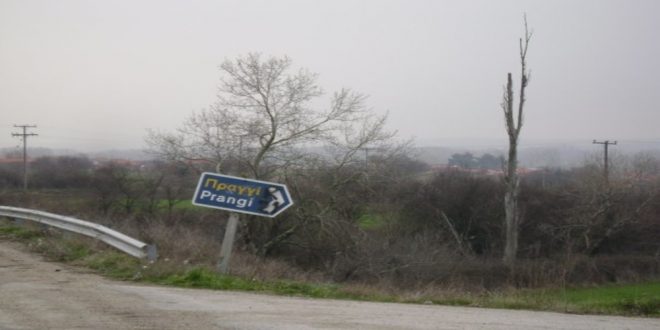 Triple crime on migrants in Evros: Victims were mother and two daughters

October 26, 2018 Refugees Comments Off on Triple crime on migrants in Evros: Victims were mother and two daughters 1,071 Views

DNA tests on the bodies of three women recently stabbed to death revealed that the victims were a mother and her two underage daughters. Authorities did not give any further details about the victims other than the DNA match. Initial information had suggested the mother was around 35 years old and the daughters teenagers between 15 and 18.

The bodies of three women were found in a land plot near the village of Prangi by Didimoteicho near the Evros rives two weeks ago.

So far there is no clue about the identity of the woman and the girls. No personal documents or identification papers were found in the crime scene. It is suggested that the victims are either of Iranian or Afghan origin.

The bodies were found 4 to 5 days after their brutal murder. It is suspected that they had illegally crossed into Greece from Turkey as the area is known to be used as passage by human traffickers.

The three victims had similar injuries on their throats (“their throats were cut through”), the mother was additionally stabbed in the chest.

Two of the victims were tied with ropes in the hands and legs, one had marks of resistance.

The bodies were dressed in their clothes and had some small jewelry thus excluding the robbery motive.

Under one of the bodies a knife of military type was found, a teeth knife normally used by hunters and divers, also a mobile phone was found nearby.

Initial reports suggested that the three women may have fallen victims of jihadists due to the type of used violence.

Police still investigates the mobile phone and the knife for DNA samples or fingerprints hoping to get some clues on the perpetrators.