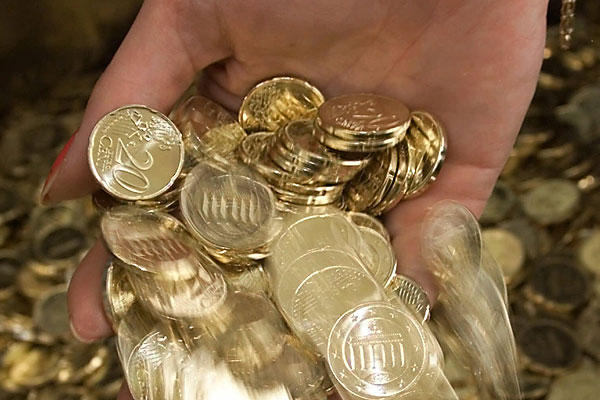 Greece privatized assets worth over €8 billion since 2011; next Regional Ports

Greece has privatized state assets worth over 8 billion euros from 2011 to the date, Executive President of Greek Privatization Fund TAIPED (HRADF) Aris Xenofos said on Tuesday.

In an effort to sweeten the bitter pill of stripping the country off its assets by the creditors’ orders, Xenofos added that the total benefit for the national economy was 20 billion euros. The benefit included  payments in advance, concession fees, mandatory investment and others.

Speaking at an investors’ seminar, Xenofos added that sale of state properties is not a self-purpose. “Key priority is investment that accompanies creative growth and efficient assets management, innovation, the rise of Greece as an investment destination and the social footprint  an investment leaves as it unfolds over time.”

After this almost sentimental and deeply touching approach, Xenofos outlined the Funds privatization priorities for 2019.

Next under the hammer are:

Top on investors’ interests are the ports along the Egnatia Odos axis in Northern Greece. That is the ports of Alexandroupolis and Kavala in the East, of Igoumenitsa and Corfu in the West.

“By the end of the year, we plan to launch the relevant tenders,” the President said.

He added that “one of our most emblematic assets is 30% of the shares of Athens International Airport.  We believe that the tender procedure could start in early 2019, just after the completion of the extension of the concession contract we are in the process of going through. ”

He also revealed that real estate assets with thermal springs are next on the privatization list.

“These are small assets, but important for the development of both the local society and this kind of tourism that is gaining ground worldwide,” Xenofos told investors and praised also “a large real estate we have in Gournes by Heraklio, Crete, for which we have developed a new development plan.”

It has not been revealed whether Xenofos tried to sell to investors also the dozens of museums, historical monuments, buildings and other sites that were recently transferred to Privatization Fund. Of course, he hasn’t because the issue is very sensitive and triggered an outcry.

The next wave of privatizations will affect 23 regional airports mostly on the islands, with the Transportation Ministry to have announced  launching of the process a few days ago

PS Don’t  get me wrong, I am not against investment. But for these small “local segments” with state support – and Juncker’s famous Investment Plan –  could be assigned to the hundreds of thousands of unemployed Greeks.

However, this was not the plan to begin with. The plan was to strip Greece off its precious assets, crash the small and medium enterprises that were the country’s economy backbone and turn Greeks into cheap laborers.