A Greek-Australian businessman was shot and killed in Panorama Voula suburb of south Athens short before 9 o’ clock on Wednesday night. According to preliminary media reports, the man had just got in his car parked outside his home, when he got shot by unknown perpetrator or perpetrators.

The man was shot in the chest with at least three bullets most probably from a 9 mm pistol.

The 46-year-old victim reportedly tried to get out of the car but the killers “finished” him.

The businessman was partner in a security company in the south suburbs of Athens.

According to state broadcaster ERT, the man was born in Australia, where he was arrested and convicted for drugs trafficking in the past.

According to other media, also his father was convicted in Australia for the same crime.

The victim was allegedly known also to Greek police also for drugs issues.

UPDATE: While majority of Greek media do not publish the victim’s name still 12 hours after the murder and some present the news as “husband of reality show contestant killed”, Australian media have full record of the man they describe as “notorious Sydney underworld figure.”

In 2016 he got married with many glamorous names of the local life-style attending the wedding in Mykonos.  His wife currently participates in a fashion reality show. At the moment of the murder the couple’s two children were at home. 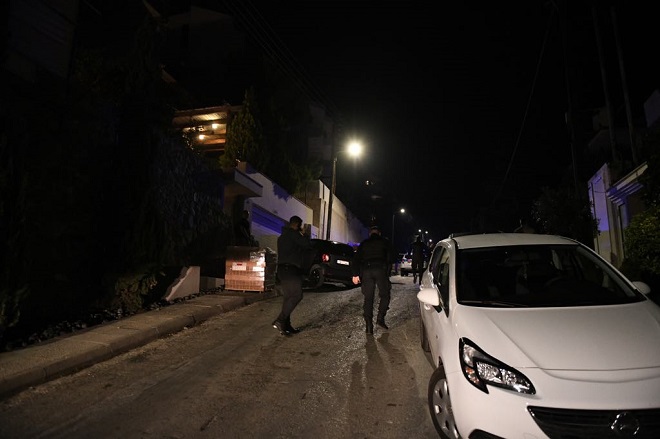 Police investigates the case as well as if there is a link to an assassination the previous night.

It is the second association in a row in south Athens. On Tuesday night, unknown perpetrators fired and seriously injured a man in Piraeus. The victim survived the assassination most likely due to a problem on the rifle. It turned out that the victim, still hospitalized, is a hit-man of the “Greek mafia.”

There has been a settling scores  in the Greek underworld recently.