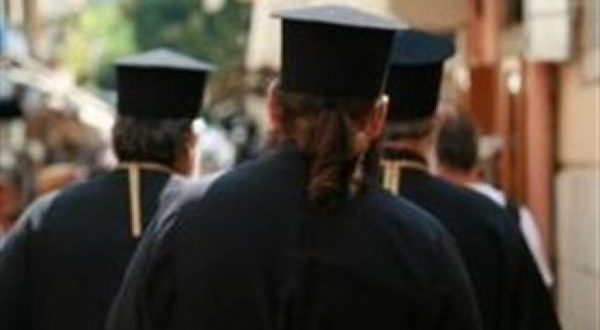 Priests are fuming over the change of their labor status that was announced on Tuesday after a meeting between Prime Minister Alexis Tsipras and leader of the Greek Orthodox Church, Archbishop Ieronymos. According to the joint declaration of the Greek State and the powerful Greek Church, priests will no longer be civil servants and will no receive their salaries from the state but from a Special Fund managed by the Church. The state will just subsidize the salaries.

The Holy Association of Greek Priests, a union not formally recognized by the Church of Greece, is furious about the change also against the Archbishop.

The Archbishop and the Prime Minister negotiated about us without us, they acted behind our backs, “we feel betrayed,” deputy chairman of the union Father Georgios Vamvakidis told ANT1 TV on Wednesday morning.

The union threatens with legal measures and “peaceful” mobilization.

The priests are concerned about pay-raise, insurance, retirement  as well as possible loss of organic work places and demand answers.

According to the change of the labor status

So what’s the problem? Being a civil servant a priest can change parish if he wants to and continue receiving his salary without a problem. By changing the labor status priests fear that they will now depend more on the local Metropolitan bishops.

The Agreement between Prime Minister Tsirpas and Archbishop Ieronymos has still to be approved or rejected by the Holy Synod, the ruling body of the Greek Orthodox Church, that will meet later today.

Criticism did not come only by a part of the priests but also from SYRIZA. “I cannot understand how the priests will no longer be civil servants but the state will keep funding their salaries with at least €210 million annually until the end of eternity,” former Education and Religious Affairs Minister Nikos Filis told newspaper To Pontiki.

“Why should so much money be given and 10,000 jobs be secured? Do you know that in the years of bailout agreement we had only 8,000 permanent doctors in the hospitals,” Filis asked.

The answer is simple, I dare say: Taking the church payroll off  the state balance sheet sets free  10,000 jobs in Greece’s public sector.