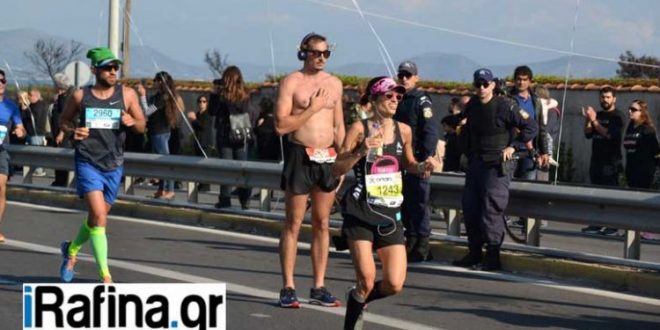 Touching moments took place on Sunday morning when participants at the 36. Marathon Race of Athens honored the victims and the survivors in Mati, the area with the most victims from the wildfires in July. Residents of Mati had flocked along the race track and greeted the athletes with black balloons, banners, applaud and slogans.

Four kilometers out of the total 41.195 of the original Marathon race lead the athletes through the burned area of Mati.”Mati is Alive and stands on its feet!” the chanted from time to time. Athletes honored the victims and the survivors also with applaud, of the raised their hands. 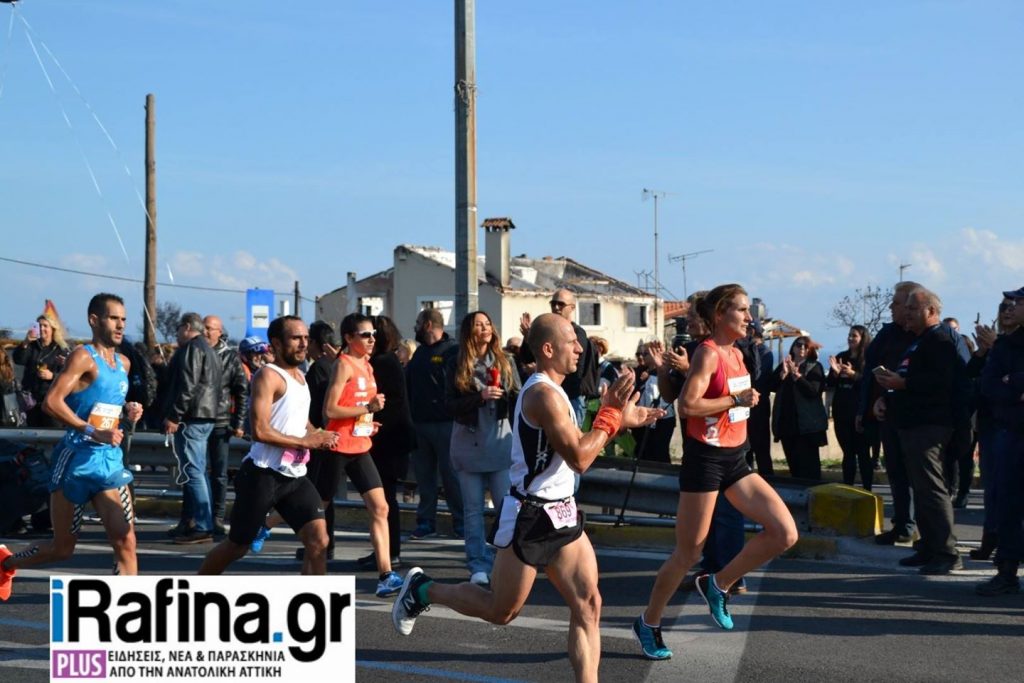 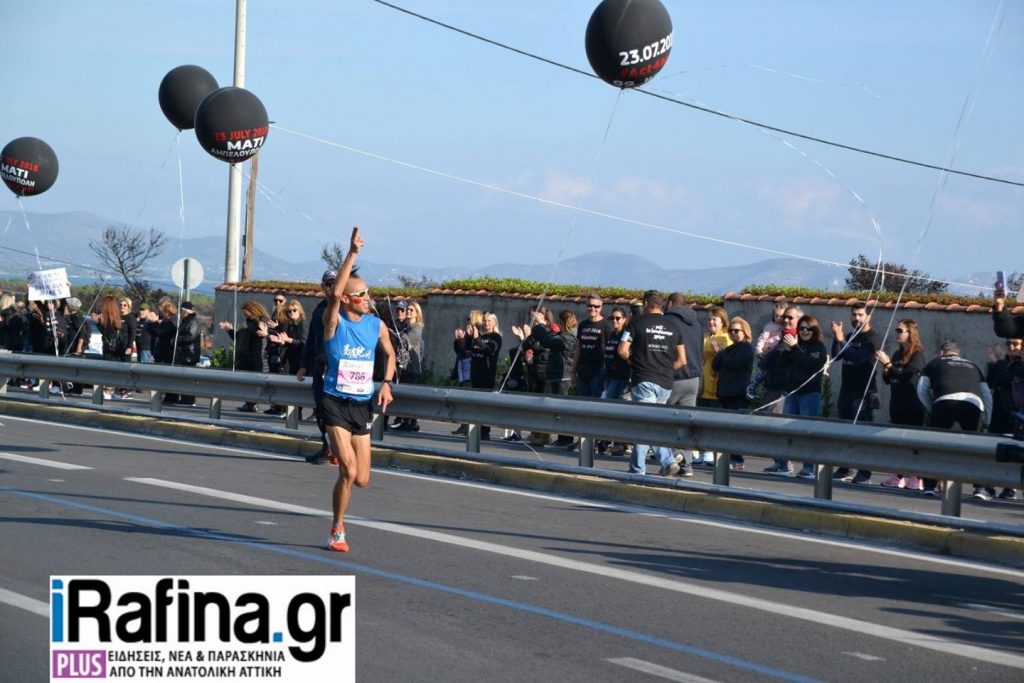 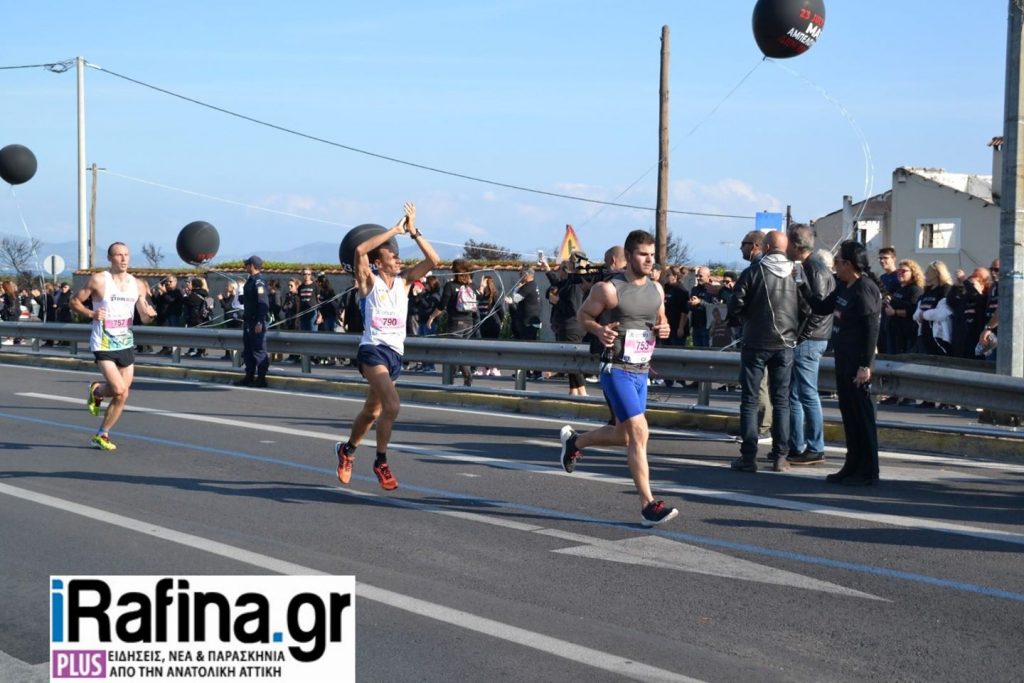 One of the athletes interrupted the run, stood still for a moment and put his hand on his chest to honor the victims and the survivors of the unprecedented tragedy. 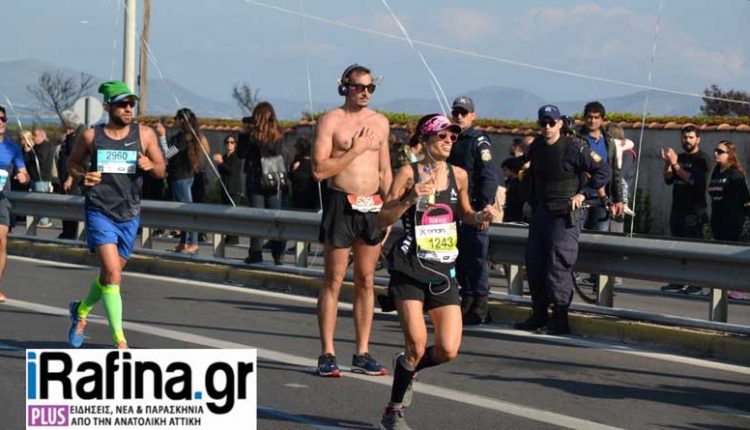 Dressed in black with a big red heart, wearing masks and holding olive branches, three wildfire survivors greeted the marathon participants as they run through the area. 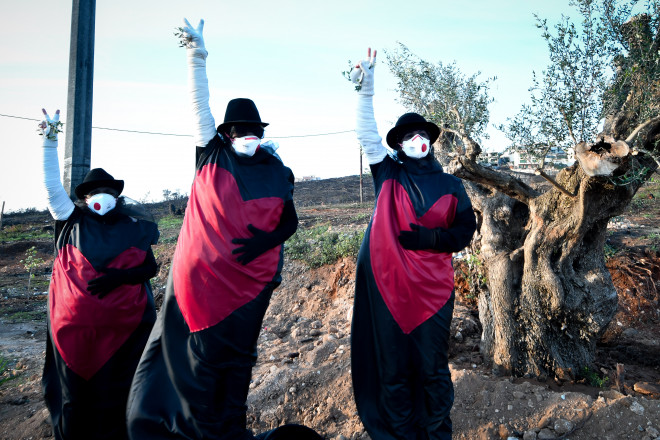 Mati residents raised banners both in Greek and English, reading “We run our own marathon race and we will win!” 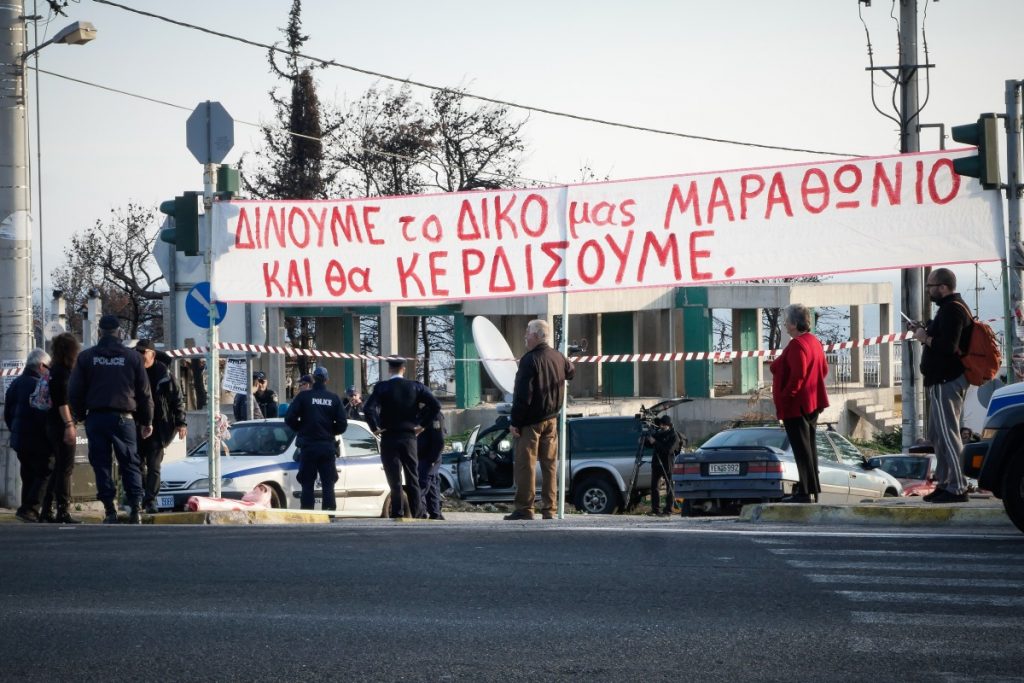 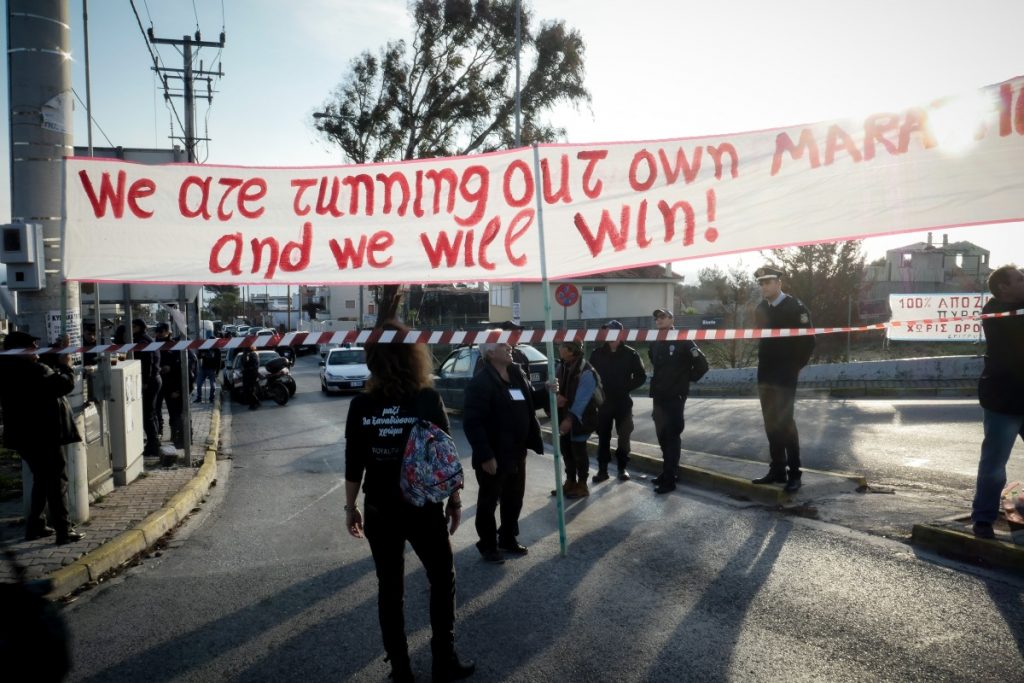 They held a moment of silence for the 99 people who lost their lives in the deadly wildfires in East Attica n 23. July 2018. 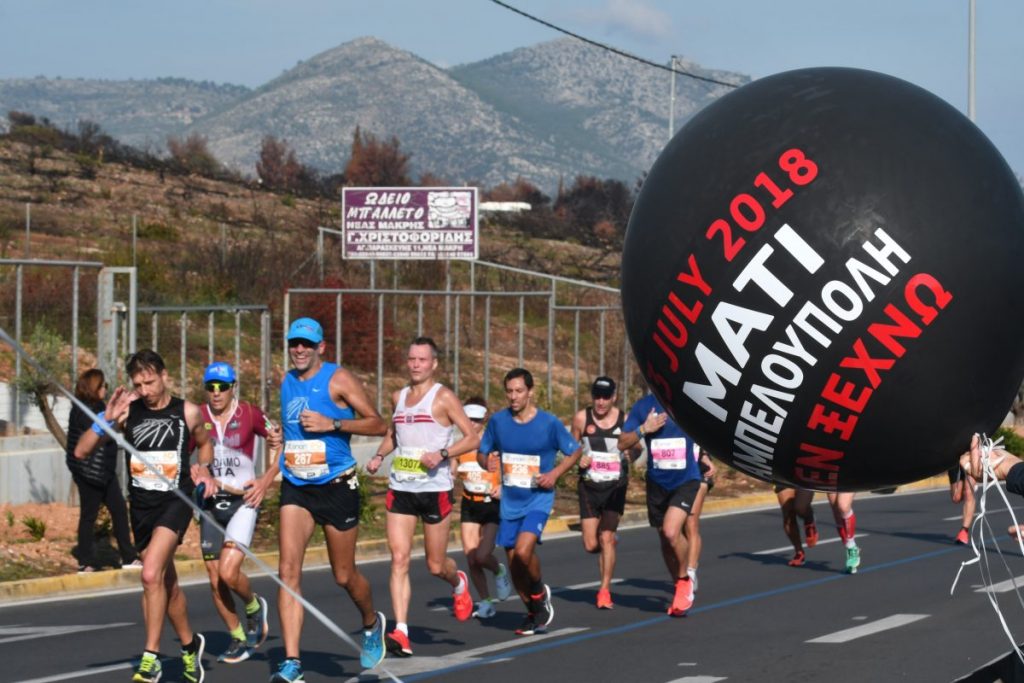 The few local athletes who participated in the Marathon had also their own message. They wore black blouses with a message dedicated to the victims and survivors.

Giannis Palmos told media “The message we want to send to the world is Do not Forget us! We are here!”

He recalled that on the night of 23. July he was trying to reach his relatives on the phone, his father in law, his cousin and two underage nieces. “I heard the youngest shouting the sea was on fire,” he said adding that his own family was lucky, “however, the 99 dead will always be a stab in our hearts.”

Three and a half months later, and three injured remain intubated in an Athens hospital.

156 adults and 23 children were transferred to the hospitals on the night of the national tragedy, the majority of them had severe burn injuries. More than 10 people died in the hospitals.

More pictures and videos from the 36. Marathon Race through Mati in irafina.gr