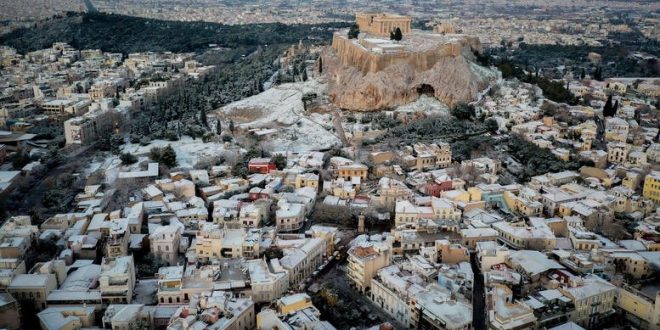 Athenians woke up on Tuesday morning to see the hills of Acropolis and Lycabetus dusted with fluffy snow. It doesn’t need a lot of snow to have the inhabitants of the Greek capital to rush to the streets and enjoy the rare phenomenon. 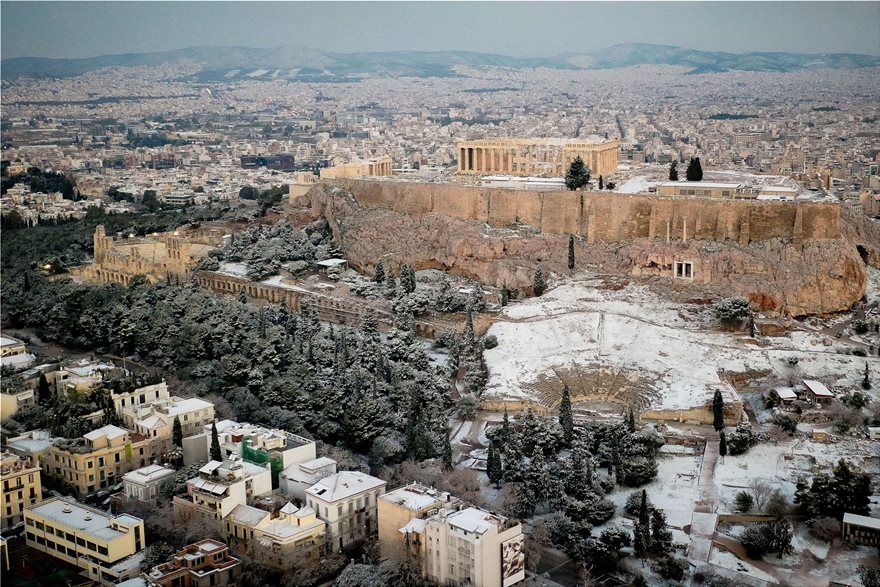 Even if the white blanket is of short duration and the sun quickly melts it in the city center. 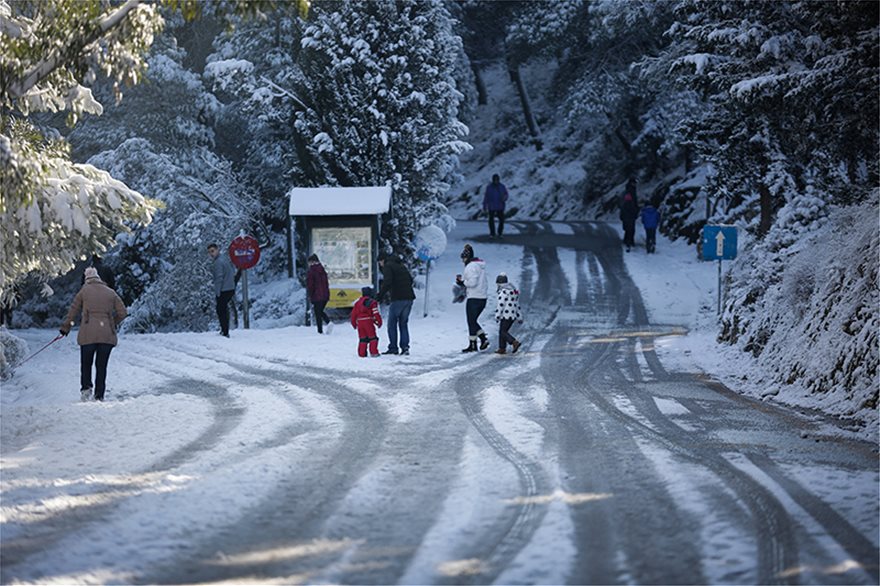 It was a special pleasure for children and dogs.

Ate all the #snow she could.. #Athens #Greece pic.twitter.com/v3FQk3AFZQ

While most of Athens south suburbs were snow-free, frost in the morning and snowfall in the northern suburbs made traffic impossible.

Video: Snow in Attica shot by Up Drones

Local authorities were ready to deal with the extraordinary circumstances, more than 600 tones of salt were thrown on streets and roads.

Snowfall disrupted in the morning the Athens-Airport Proastiakos city line, several bus services had to be halted.

In many suburbs of the Greek capital schools were closed and will remain closed also on Wednesday, Jan 9, as barometric low Tilemachos will continue with frost, temperatures below the freezing point, storms and snowfalls. Closed will be schools also in several cities and towns in Northern Greece. 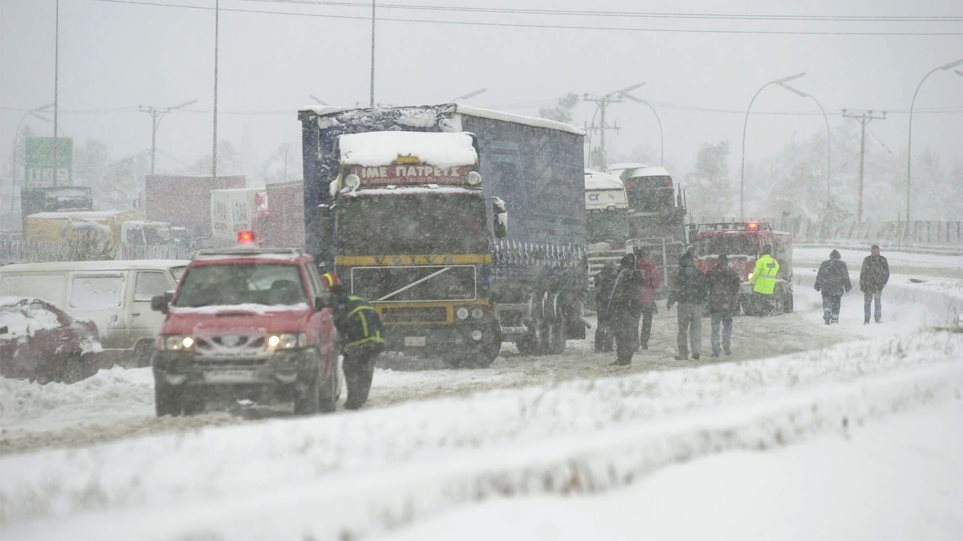 Tilemachos did not affect only Athens but also North and Central Greece.

Dozens of villages in north Evia are snowed-in, with the snow to reach a height of more than 1 meter. In village Steni the power cut continues for a second night. 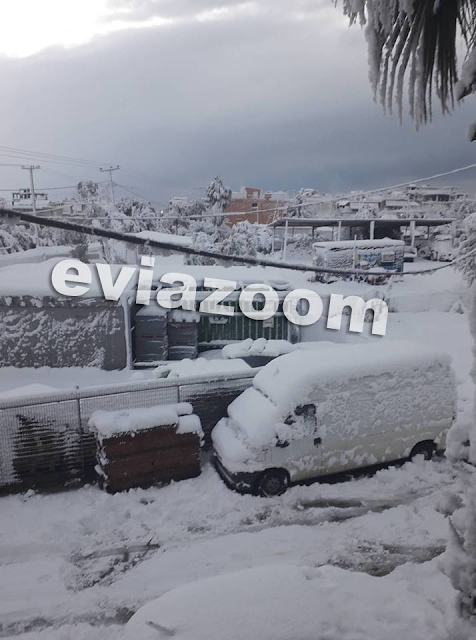 Some areas in Kilkis and Serres prefectures in Norther Greece were declared in state of emergency.

In Domokos, Central Greece, locals told media that they haven’t seen so much snow since 1981! 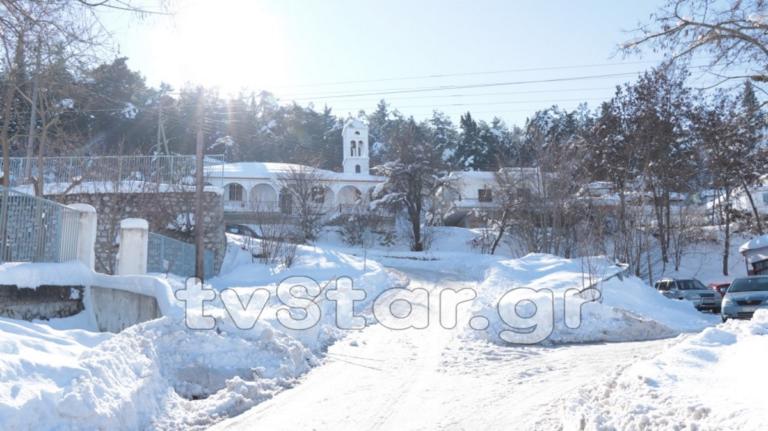 thumbnail: The areal shot of Acropolis is all over the Greek internet but I could not find who shot it and give credit.