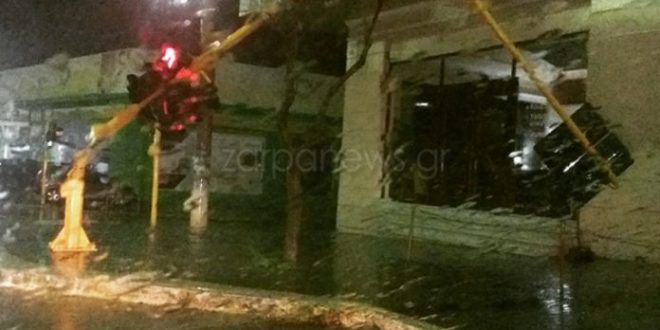 Authorities order evacuations in Rethymno due to river overflowing (videos)

Authorities have ordered the evacuation of homes in Platanes in Rethymnon Municipality following serious indications that the Platanias River is overflowing. Especially residents whose homes are near the river or at risk of been flooded have been ordered to evacuate.

Several basements have been already flooded as of Monday evening, local media report.

The local river has been overflowing due to the continuing rainfall but also due to the fact that it receives the whole volume of water overflowing from the Amari Rivers Dam.

The residents’ evacuation has been reportedly ordered for precautionary reasons. With buses they are transferred to hotels or to seniors’ homes.

The Fire Service has been struggling to evacuate a family at the village of Drakiana in the same municipality. Landslides and water height reaching two meters at the traffic network, forced the rescuers to use a boat in order to reach the family that remains without electricity.

Rescue teams have successfully evacuated two families in Hliaro, and a total of ten other people from various locations.

Barometric low Okeanis has been striking with torrential rains the island of Crete for two consecutive days, especially the Prefectures of Chania and Rethymno.

Local authorities, the Fire Service and rescue teams have been working all day -and will probably work all night – to evacuate people from flooded homes in Alikiano and Voukolies, Chania prefecture.

Authorities have been urging motorists to be careful due to floods, landslides and damaged infrastructure. Accoridng to latest information, several roads, incl part of the old national road, have been closed to traffic.

A part of Platanias bridge collapsed on Monday afternoon and divided the area into two. 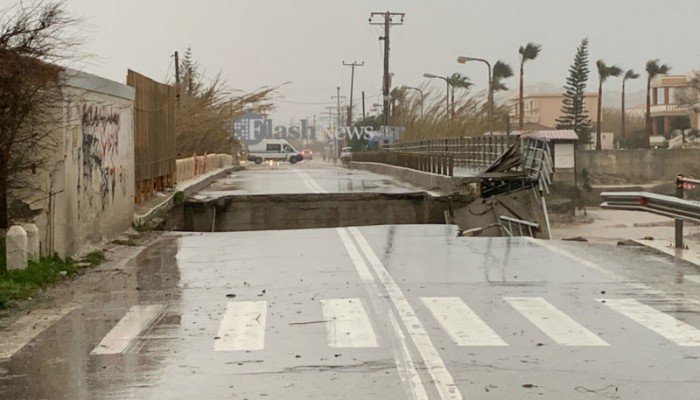 Earlier on the same day, another bridge, the 111-year-old historical bridge of Keriti collapsed as well. According to local media, five bridges have collapsed in the area. 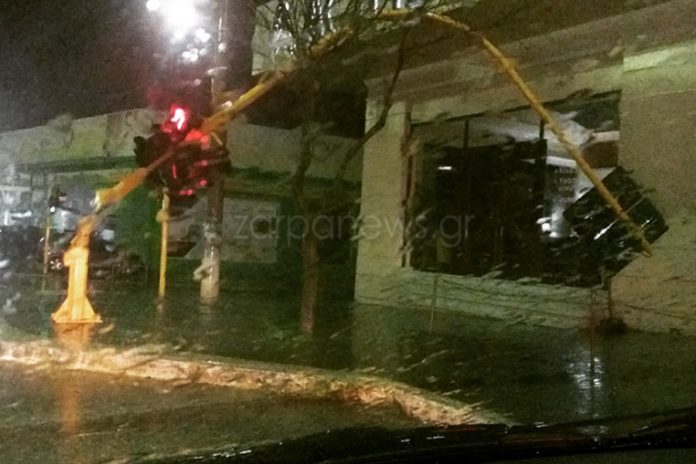 The Super Puma transferring the Transportation & Infrastructure Minister form Athens to Chania could not land there. The helicopter had to land in Heraklio.