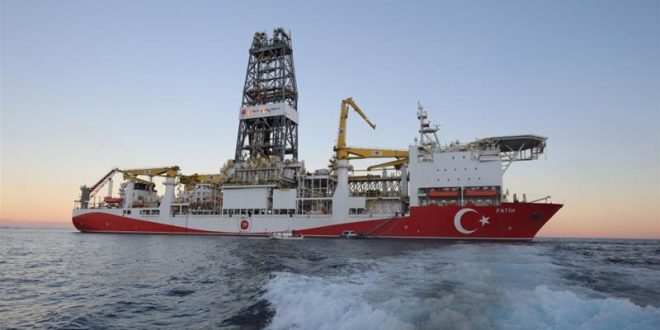 May 10, 2019 Greece Comments Off on EU sanctions against Turkey should it proceed with drilling in Cyprus EEZ 212 Views

The European Union might take action against Turkey should the country continue its provocative actions and proceed with off shore drilling in the Economic Exclusive Zone of Cyprus.

The EU is likely to take action against Turkey at the next meetings of the European Council either on May 28 or on June 20,” Greek diplomatic sources told Cyprus New Agency CNA Thursday evening after the EC informal meeting concluded in Sibiu, Romania.

During the EC meeting, Cyprus President Nikos Anastasiades and Greek Prime Minister Alexis Tsipras had sought the EU leaders’ support on the issue.

“Some kind of measures are sanctions against individuals who have to deal specifically with the [drilling] company, while some measures have to do with the EU-Turkish relations, that is the pre-accession funds, the dialogue on the revision of the customs union, the dialogue on strategic cooperation,” the sources pointed out.

“Contacts were made by both Anastasiades and Tsipras with France, Germany, Spain and the Netherlands with regards to the next steps and they were positive,” the sources added.

It is about the energy security in the region, “new sources will come from the Eastern Mediterranean Sea and if the EU can not protect it, it can not have a significant and credible role in the region’s energy developments,” Alexis Tsipras reportedly told his EU counterparts.