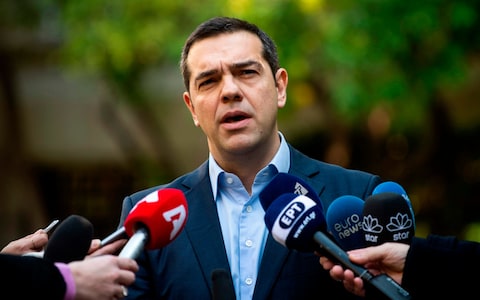 Prime Minister Alexis Tsipras clearly sent a warning message to Turkey and threatens with sanctions “anyone who violates sovereign rights and International Law.”  Speaking after the extraordinary meeting of the Greek Government Council for Foreign Affairs and Defense (KYSEA) on Sunday afternoon, Tsipras said:

During the KYSEA meeting Tsipras spoke on the phone with the President of Cyprus Nicos Anastasiades.

Speaking to reporters, the Prime Minister said that he discussed with Anastasiades how they will shape the next steps for a common strategy within the European Union.

“We agreed that we move in due time to prepare the ground so that the EU summit takes the right decisions, including the adoption of sanctions, if it is confirmed that drilling has taken place within the Exclusive Economic Zone of Cyprus,” Tsipras said.