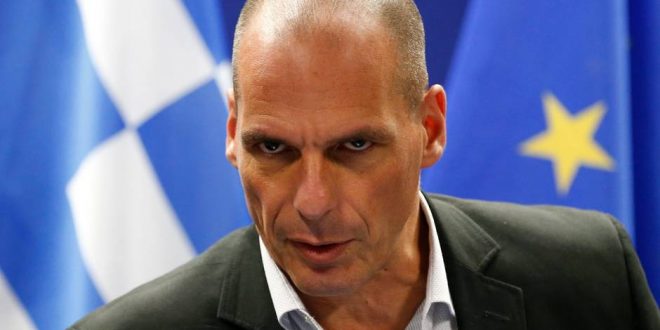 Former finance minister and MeRA25 lawmaker Yanis Varoufakis told Greek media that he will seek the legal way against the French police and he asks for a formal apology from the French police.

Earlier on Sunday, he had accused French police of “violent” behavior over a passport check at Paris’ Charles de Gaulle airport a day earlier.

Varoufakis told AFP he had just landed at Charles de Gaulle airport on a flight from Athens when a police officer standing near the plane ramp asked to see his passport.

Varoufakis said he complied, but the officer subsequently left him little room as he tried to pass.

“The moment our elbows touched, he reacted violently,” the economist said.

“(He) manhandled me, using physical violence,” Varoufakis told AFP, adding that the officer pushed him, grabbed his passport and told him to stand against the wall.

Two more superior officers had to be summoned before Varoufakis’ passport was returned.

“I am formally requesting a formal apology from the French police,” he said.

One of the officers said he also plans to lodge a complaint against Varoufakis.

To ethnos question whether he will use the legal way by lodhing filing a lawsuit, his answer was absolutely positive. In fact, he added: “I ask for a formal apology from the French police.”

. He noted that “my reaction was perfectly normal against a terrible attack. No police body has any right to behave like this to a citizen, a Greek, to a European citizen.”

On his own website, Varoufakis stressed “small incidents can pack hefty messages. […] It speaks volumes about the state of our European Union and the drift toward inane authoritarianism.”

He thanked fellow passengers who recorded the incident leaving “no room for doubt regarding the incident.

And he noted he “was amused to hear that the perpetrator-policeman is planning to… sue me. This is, of course, absurd. For if I had violated the law in any way, he should arrest me. Policemen arrest citizens for legal transgressions and only citizens sue police for abuse of power.”

Varoufakis also posted a copy of his official complaint to French police in which he described in full detail what had happened. In the complaint he stressed that “I am formally requesting a formal apology from the French police.”