Breaking News
Home / News / Politics / World / Trump: US will not sell F-35 to Turkey, but reluctant to impose sanctions 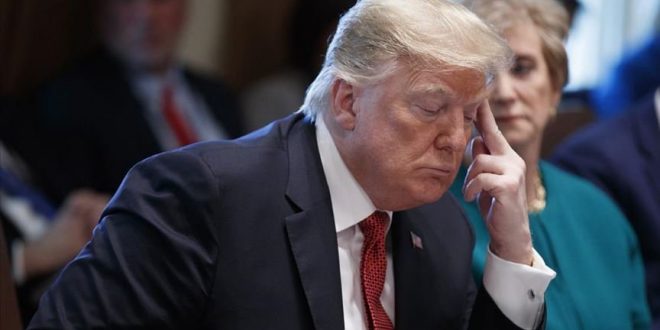 Trump: US will not sell F-35 to Turkey, but reluctant to impose sanctions

US President Donald Trump said Tuesday that his administration would not sell to Turkey F-35 fighter jets because of Ankara’s purchase of Russian S-400 air defense system. However, he showed reluctance to impose sanctions against the country.

During a Cabinet meeting on Tuesday, Trump said “we are now telling Turkey…we’re not going to sell you the F-35 fighter jets.”

‘Not fair’ that #Turkey embargoed from #F35 jets – #Trump pic.twitter.com/8uI2niGlCl

Washington has repeatedly insisted that if Turkey bought the S-400 over a steeply discounted Patriot missile system, that the US would block the sale of Lockheed Martin’s F-35 fighter jets – and unprecedented punishment for a NATO member. And as it turns out, that’s exactly what President Trump is planning to do.

But Trump was mum on a more pressing issue: Whether Washington will subject Ankara to sanctions under the Countering America’s Adversaries Through Sanctions Act, or CAATSA. While Erdogan has suggested that Trump would find a way to avoid the sanctions, last year, Congress set a high bar for waiving sanctions under CAATSA.

But the Turkish purchase of the Russian S-400 is not the only issue of concern for Washington.

“We’ve talked about – I think we’ve talked about this before here. We certainly have expressed similar – similarly to the Europeans, we’ve expressed deep concerns over Turkey’s assertions that it is going to continue to drill in these waters off of Cyprus. And I think that I’m pretty sure that I released a statement on this back on July 9th, and so I refer you back to that statement. I could read it, but you could probably easily get a copy. But again, we similarly share the concern that the Europeans have displayed today.”