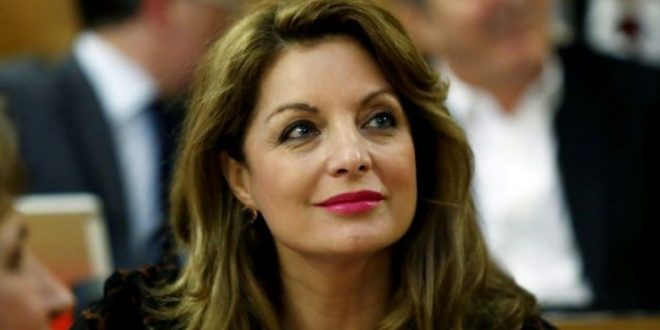 Former actress and PASOK Minister, Angela Gerekou, has been appointed the new president of the Greek National Tourism Organization (EOT).

“Angela Gerekou, whose experience and knowledge in tourism will contribute to the development of a modern EOT, adapted to the new circumstances, will be chair the EOT,” Tourism Minister Haris Theoharis said in a statement announcing her appointment.

Angela Gerekou served as Deputy Minister of Culture and Sports in the cabinet of PASOK PM Giorgos Papandreou (Oct 2009-Nov 2011).

The MP from the island of Corfu left PASOK and joined New Democracy under PM Antonis Samaras.

She is married with singer Tolis Voskopoulos.